Iggor Cavalera has a master plan. According to The Guardian, he and brother Max are forming the “metal version of The White Stripes.”  The idea, Iggor says, came from James Murphy. Not the Death/Testament guitarist, either. We’re talking James Murphy of LCD Soundsystem fame.

Following his departure from Sepultura in 2006, Iggor has maintained two different bands, Cavalera Conspiracy (with Max) and MixHell, but one of these projects may be a thing of the past with this new undertaking. He told The Guardian:

“James Murphy approached me with the record idea, but eventually suggested some others. To start with, he wants only the two of us in the studio, like a metal version of the White Stripes. He also wants nothing but the two of us on stage.”

“He basically asked me to get rid of the rest of the band. Cavalera Conspiracy has four members and two records. Murphy asked us to start from scratch as a duo. According to him, ‘this will come to be the heaviest record of our careers’. He promised me that.”

Based on Murphy’s past and Igor’s experimentation with DJ group MixHell, it is possible electronic elements will be brought into the fold, but not necessarily definite. Since Murphy’s CV also includes kingpin at DFA Records, the musical approach has infinite possibilities.

Our assumption, from Igor’s interview with the publication, is that The White Stripes connection comes from having only two members in the band and may have nothing to do with the sound of The Stripes. Also, we hope all involved remember that the Whites did later dispel original notions that the two were siblings since they were in fact married. 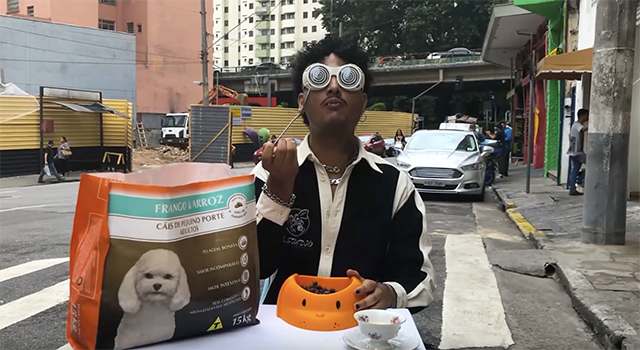