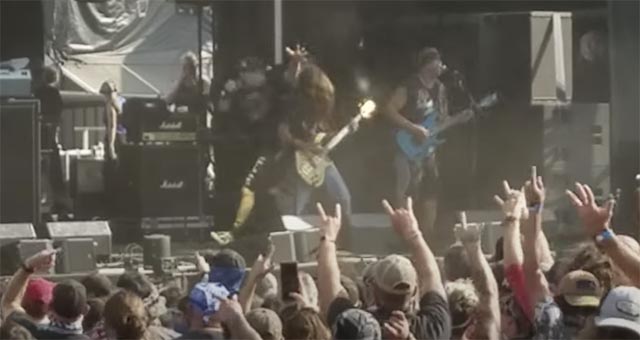 Tye Trujillo is following in his father’s footsteps. Who is his father? Metallica bassist Robert Trujillo. Dad, Robert became a member of Metallica in 2003, two years after longtime bassist Jason Newsted left the band. Now, we have video of Tye as he shared the stage with Suicidal Tendencies, the band his father rose to prominence as a part of from 1989 to 1995. Father Robert also performed with Ozzy Osbourne, Black Label Society and others before joining Metallica. Tye is becoming a seasoned touring veteran as he toured with KoRn, at the ripe old age of 12, in place of bassist Reginald “Fieldy” Arvizu, for their South American tour.

Watch Tye rip it up with Suicidal down there.