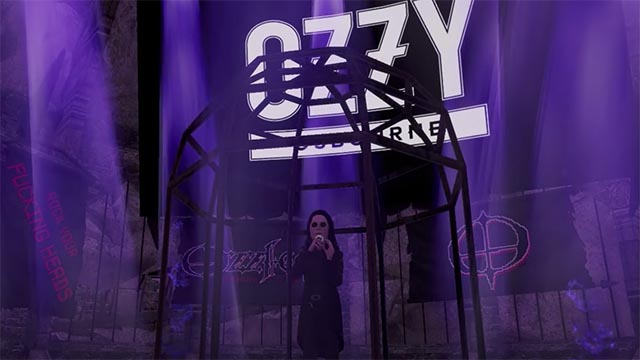 Ozzfest made its return this weekend, although not as you would remember.

For its first jaunt since 2018, the metal festival went virtual as part of the larger Decentraland Metaverse Music Festival from November 10-13.  Ozzfest brought together a handful of metal and hard rock heavyweights this year, including Ozzy Osbourne himself, Megadeth, Motorhead, Skid Row, Black Label Society and more.  With the inclusion of Motorhead, this was the first time a deceased artist has co-headlined the music festival (or possibly any music festival). Lemmy Kilmister appeared as an avatar on the virtual stage, playing guitar and rocking out as the audience avatars danced along. A short clip can be found here.  Ozzy Osbourne headlined the festival, performing a bat-filled “live” set as a solo avatar, unaccompanied by anyone from his band on stage. Video of him playing “Patient Number 9” can be found on YouTube, while footage of “Under The Graveyard” can be found on Twitter.

Instead of avatars, Megadeth and Skid Row opted to appear via video. Dave Musaine introduced Megadeth’s set of highly-produced music videos next to a QR code linked to an NFT shop. That set can be seen here. Skid Row chose to present pre-produced live videos for their set, which can be seen here.  Ozzfest made its debut in 1996 and ran annually through 2008. Following that, the event has had several different iterations, including Ozzfest Japan and Ozzfest Meets Knotfest, between 2010 and 2018. In 2020, SiriusXM held a “Spirit Of Ozzfest Weekend” on its Ozzy’s Boneyard station revisiting live performances from Ozzfests past.