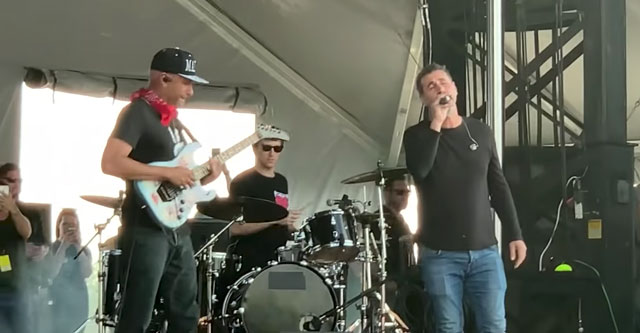 Saturday (18th) marked the two-year-anniversary of Chris Cornell’s death. The music world have been honoring the late Soundgarden/Audioslave singer ever since as fans have gone extra lengths by launching a petition to name a black hole after him. Others have honored his life by performing songs as a tribute to the late singer. One of these performances included System of a Down’s Serj Tankian as the frontman joined Tom Morello onstage on Friday (17th) at the Sonic Temple Art + Music Festival in Columbus, Ohio. Tankian teamed up with Morello to perform Audioslave’s “Like a Stone.”

Watch the fan-filmed video below: