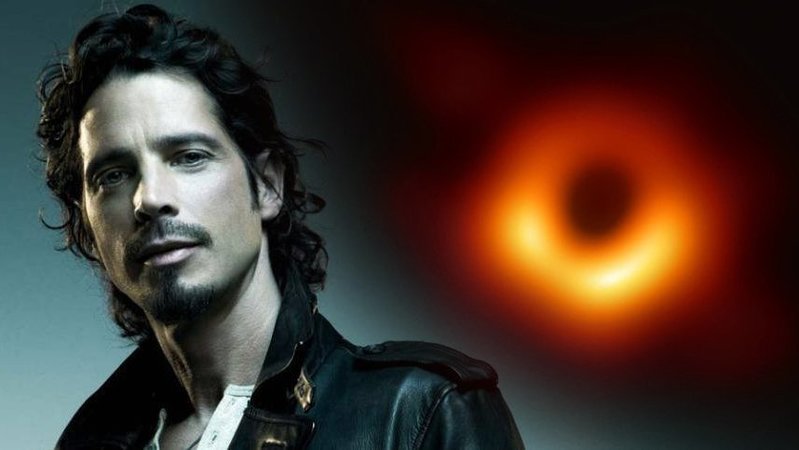 If you’re a fan of science, progress, or overall really cool things happening, you were probably delighted the other day along with the rest of the world when the first actual photograph of a black hole was made public. After getting over the initial thrill of seeing an image of something with a mass of 6.5 billion times more than the sun that was captured 55 million light years away, some (like your author), thought that it looked a hell of a lot like the cover of Soundgarden’s Superunknown album, a classic album that just celebrated its 25th anniversary last month. That album contains the band’s biggest hit, “Black Hole Sun.” While that’s a pretty awesome coincidence, it’s also led to a change.org petition to get the black hole named after Soundgarden’s fallen singer, Chris Cornell. Here’s what the petition, in part, says:

“‘Black Hole Sun,’ written by Chris Cornell is without a doubt Soundgarden’s most recognizable and most popular song, and one of the biggest anthems of the 90’s. For this reason, and the impact Chris Cornell had in the lives of so many and music itself, I ask NASA, the Event Horizon Telescope Collaboration and all the astronomers and scientists involved in this discovery, to name this black hole after Chris Cornell. This would be a ‘surreal’ and amazing way to honor his life and his contribution to music.”

Given that we’ve lost Cornell in the last few years, this would be an amazing way to memorialize the singer. It’s certainly taken off too, having garnered over 31,o00 signatures so far. However, it may not matter, as CNN reports that the hole has been named Powehi, which is a Hawaiian term meaning “embellished dark source of unending creation.” While that’s apt, that doesn’t mean we have to call it that. Some people order a Jack and Coke, and others order a Lemmy. So it will be with this black hole.