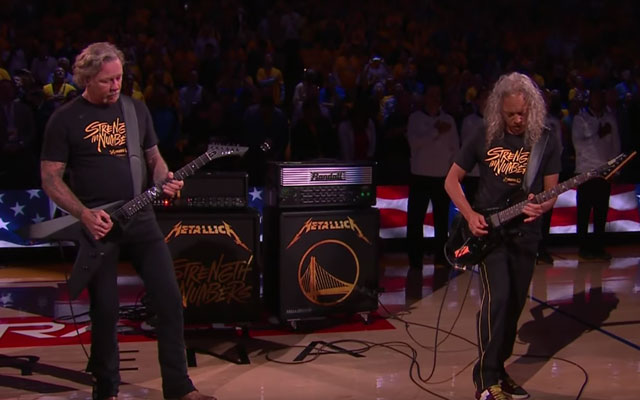 Metallica’s James Hetfield and Kirk Hammett performed the National Anthem during last night’s (5th) Game 3 of the NBA championship finals at the Oracle Arena in Oakland, CA. Footage is now available of their powerful performance. While watching the clip, you can see how honored these legends were as well as seeing the positive reaction of their instrumental execution from the Golden State Warriors and Toronto Raptors. In addition to NBA fanatics, major artists such as Jay-Z and Beyonce were also in attendance and witnessed our guitar heroes’ momentous performance. 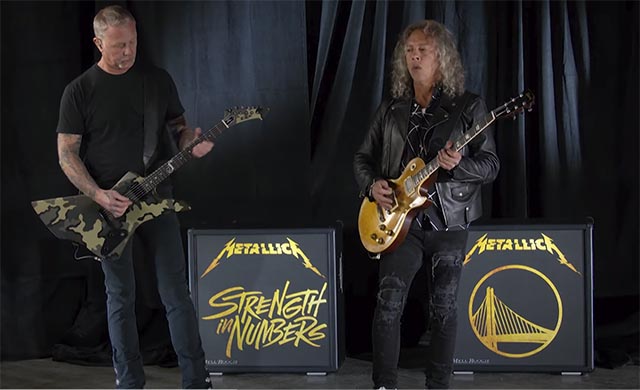