When wondering what could have been had artists that died early lived on, you can put Metalllica’s Cliff Burton is in the same category as Randy Rhoads. And while we’ll never get Metallica’s original bassist back, the band will be giving fans a reason to pick up the deluxe version of his last album, 1986’s Master of Puppets. Watching the four-piece play the album’s title track at the Roskilde Festival just a few months after it was released, you can see the band pretty much at their height. It will be included in the remastered box set for the album, coming out this Friday (10). And while the footage isn’t professionally shot, it still sounds pretty good, and whenever it cuts to Burton, you see him happily banging his head to the music he helped create 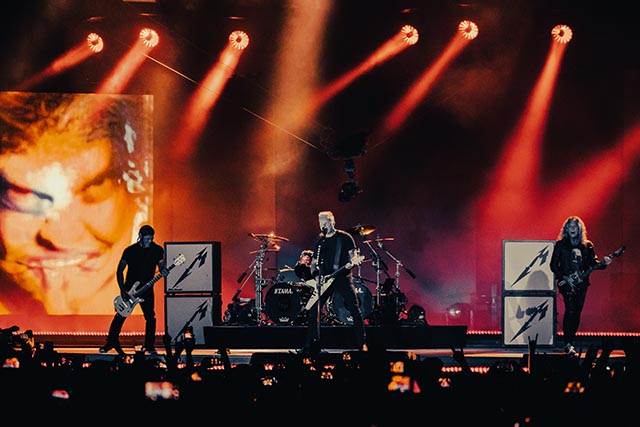