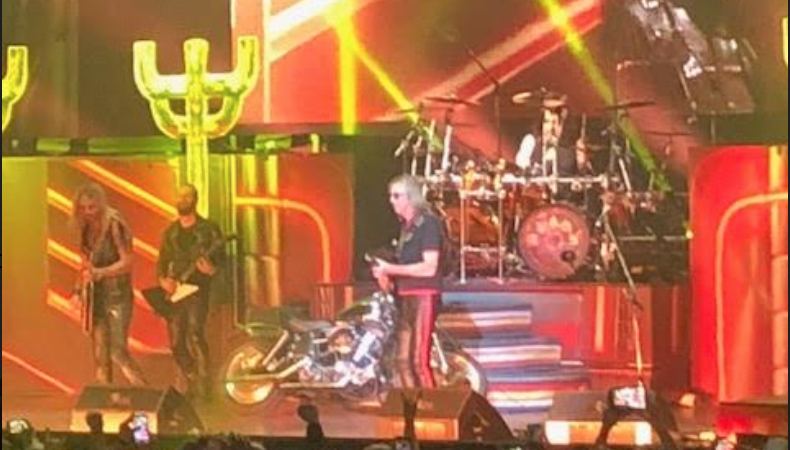 Judas Priest’s North American tour has not only helped them earn their highest charting album with Firepower, it’s also the biggest tour to enjoy so far this year. We already loved  their performance in Washington DC. However, it was difficult to avoid Glenn Tipton’s absence due to Parkinson’s disease as we saw Andy Sneap filling in for him.

On the eve of the tour, Tipton himself shared a health update that included him hinting at joining the band on stage during his “good days.” Tipton must have felt healthier on the fifth date of the tour, as he surprised thousands of fans in Newark, NJ at the Prudential center for a three-song encore with “Metal Gods,” “Breaking the Law,” and “Living After Midnight.” Sneap remained onstage, making it the first time the band has performed as a six-piece.

Watch a few fan-filmed clips below: