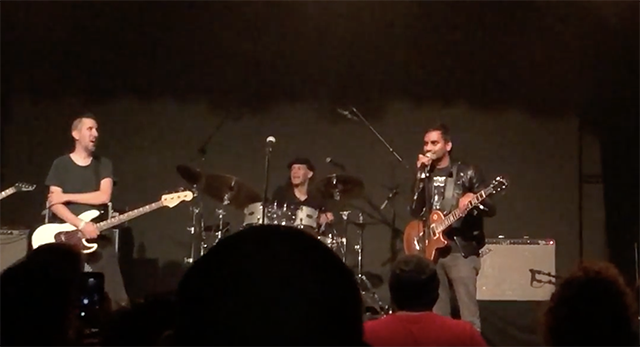 NY Comedy Festival is currently celebrating 15 years of laughter with over 100 shows running from Monday (5th) through Sunday (11th). Last night’s (6th) Goddamn Comedy Jam had more than humor and laughs as the event surprised the audience with a metal treat at the Warsaw in Brooklyn. Aziz Ansari who wasn’t on the scheduled lineup that featured comedians Bill Burr, Nikki Glaser, Josh Adams Meyers, Sal Vulcano, Big Jay Oakerson, and Luis J. Gomez, ended up jamming with his guitar to rock out to a few Metallica tracks. Despite Ansari wearing a Ride the Lightning T-shirt, Brooklyn Vegan reports he performed songs from different albums such as “Seek and Destroy,” “Master of Puppets,” “One” and Metallica’s cover of Queen’s “Stone Cold Crazy.”

Check out the footage below:

You never know who’s going to show up to the #NewYorkComedyFestival. Last night Aziz Ansari surprised the crowd and went from Master of None to Master of Puppets by shredding some @Metallica and @QueenWillRock during the @TheGDComedyJam at Warsaw Concerts. #MakeNYLaugh pic.twitter.com/9anDhtLCqv 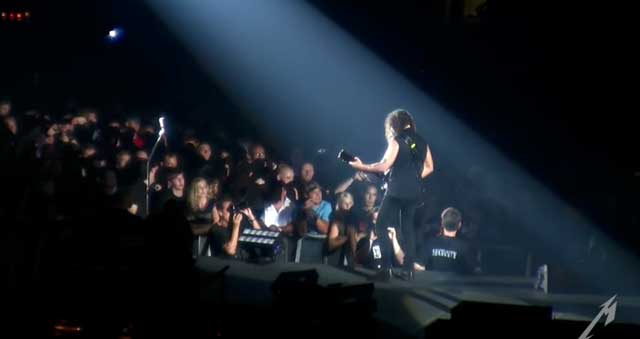