Triptykon joined forces with the Dutch Metropole Orkest for a special Celtic Frost-inspired live performance at this year’s edition of the annual Roadburn Festival. Triptykon, with ex-Celtic Frost vocalist and guitarist Tom G. Warrior at the helm, performed a three-part requiem including “Rex Irae” off of Celtic Frost‘s Into The Pandemonium, “Winter” off Monotheist, with “Grave Eternal” completing the piece.

A recent interview for  Metal Shop TV, had Warrior saying that fans can expect that performance to arrive in stores next year along with a potential new album from Triptykon. He commented further:

“Finally Triptykon is showing signs of life. I admit it’s all my fault. I’ve been involved with so many things and I’ve also had to take care of some private things in my life in recent years. We have been mixing the ‘Requiem‘, the live recording of Celtic Frost/Triptykon‘s ‘Requiem‘. We have finished mixing it. I have submitted all the artwork.

It’s going to be released early next year as a very lavish gatefold album with many extras and bonus materials and so on. It will be a very beautiful release. Of course, it’s a stopgap release. The actual Triptykon studio album, we are working on it. I’m working on various songs. We will rehearse those songs later this year in Switzerland. We plan on recording this album in the next months in 2020, and release it hopefully later next year if all goes well. There should be two Triptykon albums finally within maybe one year.”

Check out the full discussion via Metal Shop TV below: 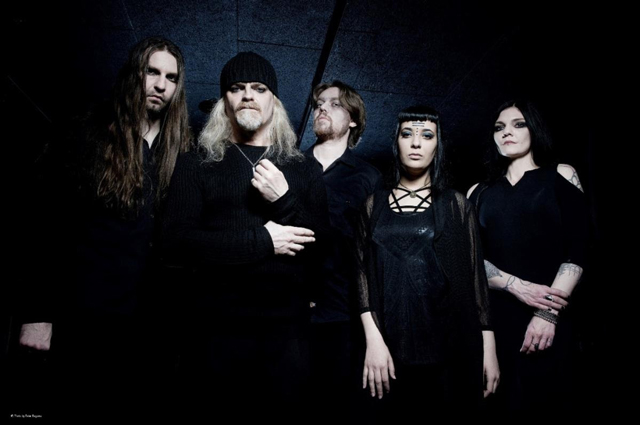