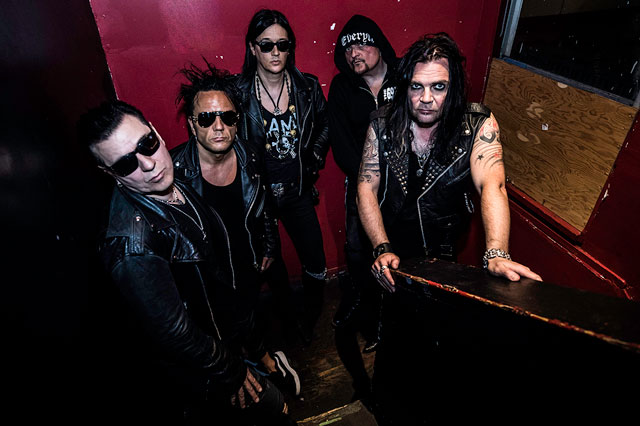 The 69 Eyes are gearing up for the release of their overall 12th studio album, West End, which is scheduled to arrive on September 13th via Nuclear Blast. The record will feature several guest vocalists including Cradle of Filth’s Dani Filth, Wednesday 13, and Beastö Blancö’s Calico Cooper. Today (26th), these Finnish gothic rockers have unleashed the video for “Cheyenna.”

“When I heard the demo of the song, I had the chorus for ‘Cheyenna’ immediately in my mind. It was like a wind whispering or a canyon echoing her name from the past. Who was she? A Native American princess? As I googled the name, it turned out that a lot of American girls under that name have gone missing. A female ghost rider story was born! Cheyenna is freedom’s child – forever.”