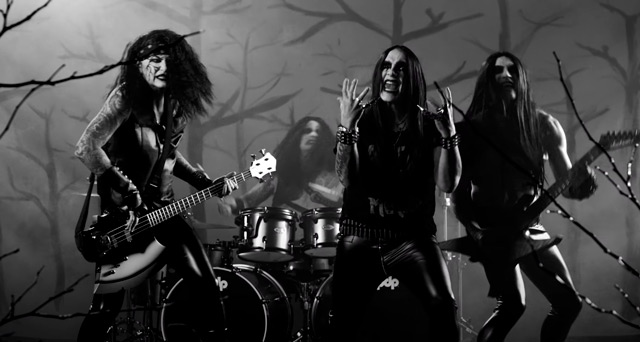 Steel Panther have released an alternate video version for their song “Let’s Get High Tonight.” The new clip has the band portrayed as an all-black metal band, which we could see briefly in the original. The track is taken from the band’s latest effort, Heavy Metal Rules, which was released in September 2019.