On November 2nd, Slipknot performed at the Ak-Chin Pavilion in Arizona as part of their Knotfest Roadshow. During their performance fans began burning lounge chairs in the pit. They cultivated the fire until it grew to approximately 12 feet high. Fans created a circle pit around the fire as Slipknot performed “All Out Life.” The blaze was captured by several attendees and posted to social media.

The concert had to be stopped for approximately 30 minutes while firefighters extinguished the fire. This delay caused Slipknot to drop “Duality” and “Spit It Out” from its set. A Phoenix Fire Department spokesperson told the Arizona Republic Engine Company 40 “responded to the pavilion and found a large contents fire… possibly started by bystanders at the event.”

The engine company established a water supply, extending hand lines off the truck to the “for an aggressive fire attack,” the spokesperson reported.

“The fire was thoroughly extinguished without any extension to the major structure and no injuries were reported at the incident. The exact cause of the fire is currently under investigation and no persons were displaced at this incident.”

The Phoenix Fire Department has launched an investigation into the bonfire.

The lawn pit at Slipknot tonight is fire — literally. pic.twitter.com/IrzgddSOEU 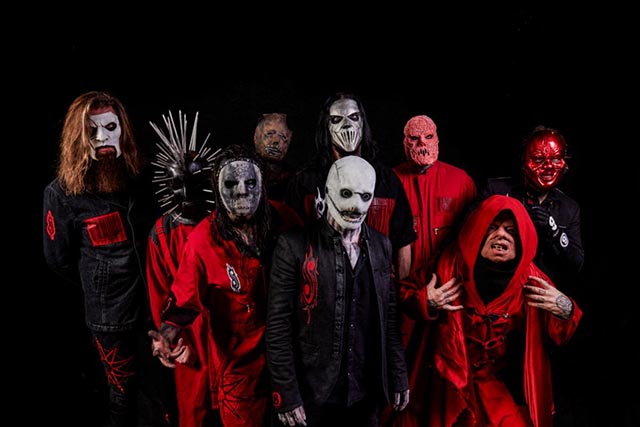