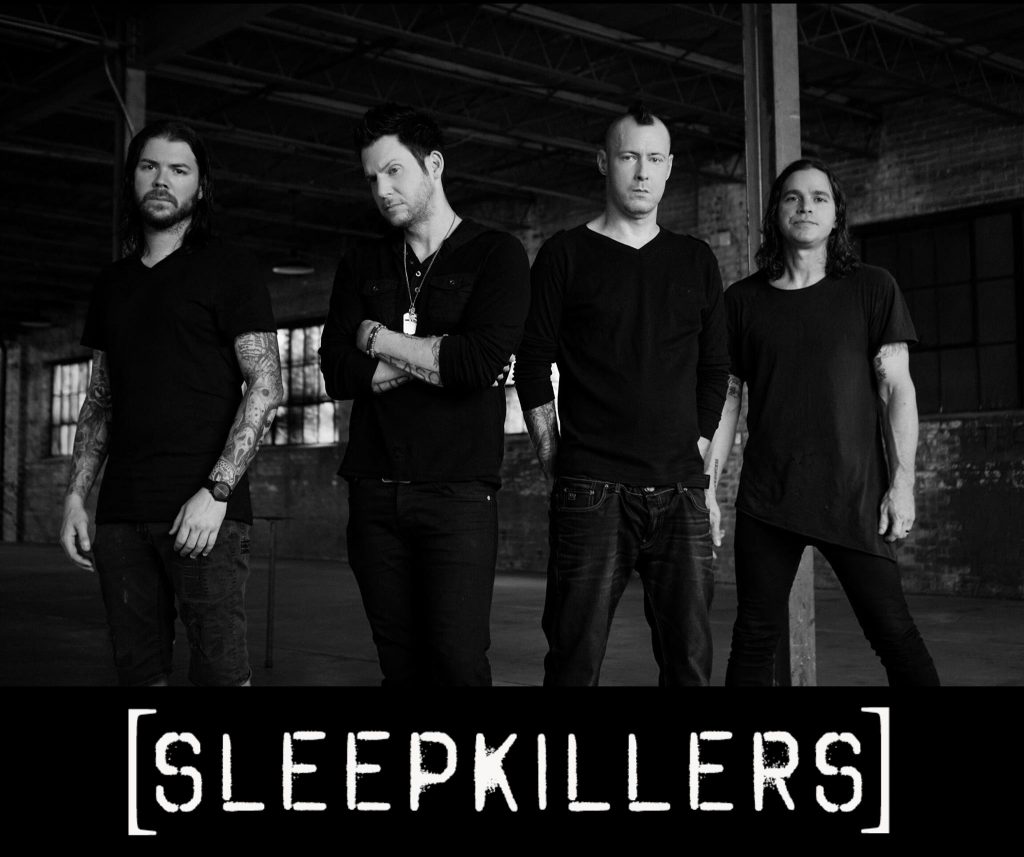 Hard rock supergroup Sleepkillers released a video for their new single, “Drown.” The clip stars frontman Damian Starkey (ex-Puddle of Mudd/Burn Season) as a father who runs away with his son, only for the son to end up dying in his care.

The video for “Drown” was directed by David Borges, who the band also worked with on the video for debut single “Dirty Foot.”

“Drown” is the third single from the band’s debut self-titled album, released this past Friday, (1). The video for aforementioned single, “Dirty Foot,” was released in November along with the album announcement. That was followed by a lyric video for “So Low” in February.

Sam Rivers (Limp Bizkit) said of the album back in November:

“A few years ago, a good friend mine, Damien Starkey, and I started a project together just for fun. We quickly realized we wrote well together and had fun doing it. I’m super excited about the songs we have written. We are approaching the final stages and can’t wait for the world to hear.”

Sleepkillers was founded by Starkey and Rivers as a way to sidestep the music industry that had begun failing their previous bands. According to the band’s website,

“Sleepkillers originated out of the intense insane love of conceiving songs that are raw and infectious. Two long-time friends who are both multi-instrumentalists, decided to stop worrying about the demise of the industry that once supported their multi-platinum bands and start birthing music exactly the way they envision it.”

The band is rounded out by Saliva vocalist Bobby Amaru on drums and ex-Puddle of Mudd guitarist Adam Latiff on guitar.