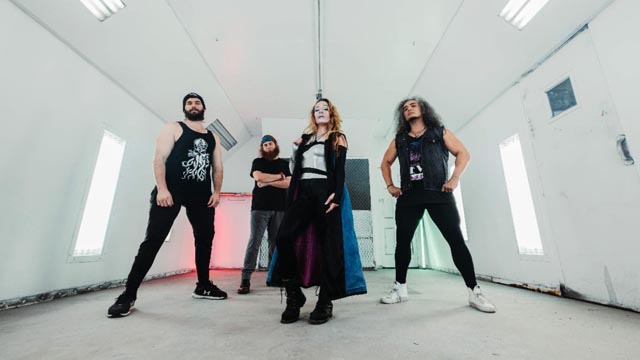 Seven Kingdoms have shared a video for their song “Chasing The Mirage.” The clip was filmed during the Unleash The Archers and Beat In Black tours in 2021 and 2022, which also features Striker, Aether Realm, and Lords of the Trident.

“This was a fun one! We took this song on the road with us before the album came out so we could show the world a little slice of what we do on tour. It features two of our biggest fans Kayleigh and Zac who helped make this video happen! There are a lot of fun moments captured here on film and we’re really excited to share it with everyone!”