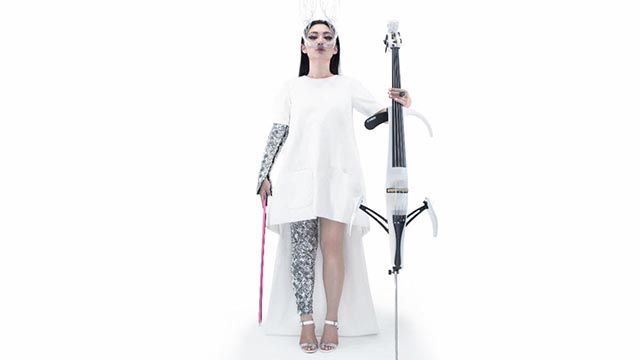 Serj Tankian of System of a Down fame appears on “Moonhearts in Space,” a song by electric cellist and erhuist Tina Guo. Guo is a composer who is known for her artistic videos, elaborate costumes and gripping compositions.

“Moonhearts in Space” appears on Guo’s new album Dies Irae. The video can be seen by scrolling down.

Guo expressed her excitement about working with Serj on the track, and her new album.

“I am SO excited for the Dies Irae album release after 3 years in the making, and to share the Moonhearts in Space song and video with everyone! I have been a huge fan of Serj for so many years and it really was a dream come true to be able to collaborate together. A huge preemptive thank you to everyone for taking the time out of your day to listen and watch, the amazing support and positivity over the years has been an incredible blessing and I’m so grateful for you!”

“I really enjoyed working with Tina on Moonhearts in Space. Her ability to take classical and destroy it with rock and metal is really enjoyable. At a time when we are already traveling to space, it’s imperative to realize the intention with which we travel inwardly or out.”

Tags: Serj Tankian, System of a Down, Tina Guo