Sweden’s power metal war historians Sabaton have unveiled the title and artwork for their upcoming ninth full length album. The work is entitled The Great War and is due to be released on July 19th worldwide through Nuclear Blast Records. The Great War is a concept album based on stories of The First World War. The record’s release will coincide with the bands 20th anniversary and marks the band’s biggest undertaking to date.

Sabaton is a band whose themes are that of war. Lyrical content focused on historical battles, war stories, and acts of heroism, can be found throughout their catalog.

“This is the biggest album we have taken on so far, there is so much depth and story around the songs that we never had before. Expect many surprises as we have tried new things and we also went back in time to a concept we know a lot of you love. The Great War has been created side by side with the Sabaton History Channel to make 2019 the most exciting year in our 20 year history.”

This time, the band started recording at Black Lounge Studios on the 100th anniversary of the First World War which started on November 11th 1918. Once again working with long time producer Jonas Kjellgren, the follow-up to 2016’s The Last Stand took three months to complete. The artwork, done by Peter Sallai can be seen below as well as a trailer which offers more detail about the artwork. 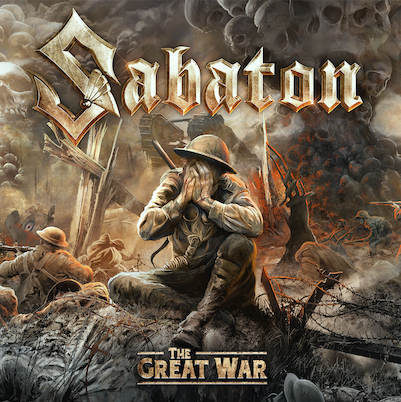