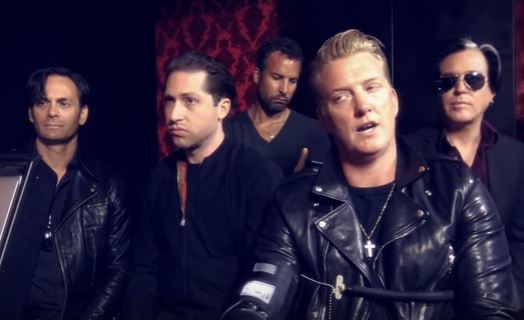 Last month in Los Angeles, Queens of the Stone Age played a show in California that was notable for several reasons. First of all, Josh Homme was able to play the show without kicking any photographers in the face. Secondly, for their encore, they brought out Mark Ronson, who produced their latest album, Villains, to play their encore, which included the album’s “UnReborn Again” and a cover of Elton John’s “Goodbye Yellow Brick Road.” It turns out that might have been practice, as the band’s version of the song will be included on  Revamp, an album of John covers that will include Coldplay, Ed Sheeran and Lady Gaga, among others, taking on John’s catalog. The album will be released on April 6th, along with Restoration, another album of John covers done by country artists.  Here’s the track listing: