Powerman 5000 have dropped a new animated music video for their song, “Strange People Doing Strange Things” off the band’s latest album, The Noble Rot. Frontman Spider One illustrated the video and spoke about the challenge of making an animation video.

“I’d like to say making this video was a labor of love but it really was a test of my own sanity. What started out as some simple ‘follow the bouncing ball’ animation ended up being a challenge to see if I could actually finish this thing. Just shy of three thousand drawings later, it is what it is. Next time I attempt an animated video, I will choose a shorter song!” 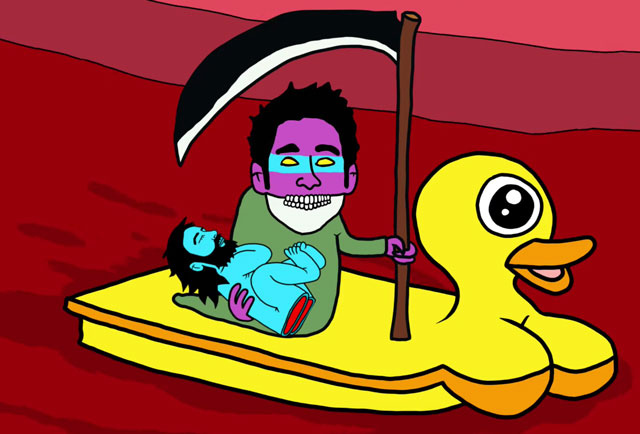