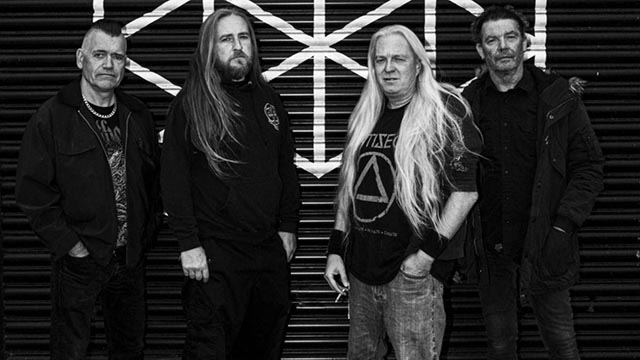 Memoriam recently announced their new album, Rise To Power, will be released on February 3rd, 2023 via Reaper Entertainment. The group, founded by former Bolt Thrower singer Karl Willetts and Benediction bassist Frank Healy, have unleashed a video for the album’s first single, “All Is Lost.” The clip was shot in London over the fall and directed by Hal Sinden (Eulogy Media Ltd).

“The members of MEMORIAM are legends in their own right within the international extreme metal community, amassing decades of prestige through work in previous acts such as Bolt Thrower, Benediction, and The Damned. When I was approached by them and their record label, Reaper Entertainment, to create their first music video for Rise To Power, I was initially stunned but then overwhelmingly eager to create something special for them.

Our mutually agreed principle was to avoid the ‘band performs in nondescript warehouse’ trope and to weave as much of a story as possible within the song’s six-minute running time. The lyrics to ‘All Is Lost’ are succinct enough to present a stern atmosphere but open enough for personal interpretation, and in this instance we found that the narrative theme unexpectedly resonated with current affairs, certainly within the UK, as we approached the dates of production.” 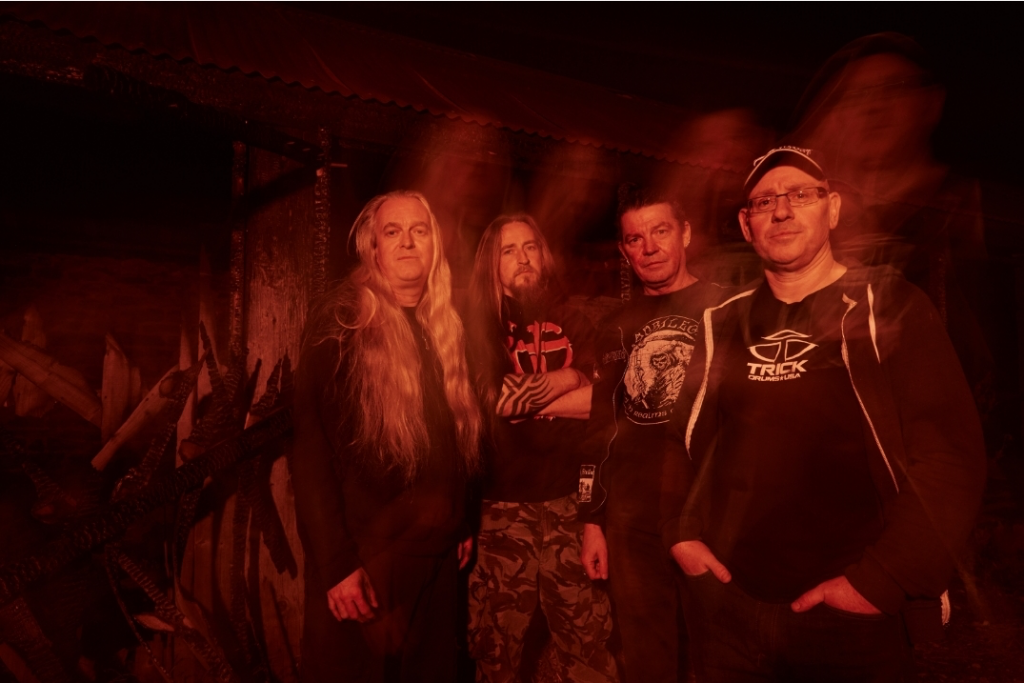