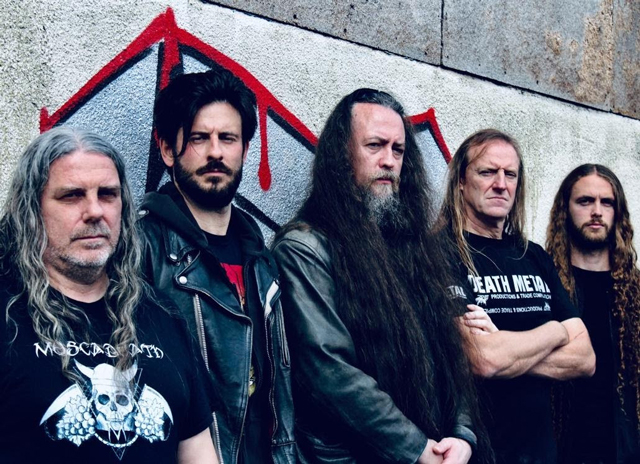 Today (16th), marks the release of Benediction’s first album in twelve years with Scriptures. The follow-up to 2008’s Killing Music welcomes these UK death metal legends back with a vengeance. To celebrate the arrival of their latest effort, the group has unleashed a video for the song “Iterations Of I.” The clip was filmed in an abandoned factory building on the outskirts of Sheffield, in the North of England and directed by Dan Hart/ Light Engine Films.

“The last song Dave Ingram featured on in Benediction was ‘I’. That was the last song on “Grind Bastard”. The first song on Scriptures is this one, ‘Iterations of I’ and it’s a continuation of that song and therefore was put first on the new album. I guess it’s a bridge between the two eras of Benediction with Dave at the helm. Plus it’s a cracker to open with, it’s got all of Benediction`s trademark qualities in one song, from fast and brutal to slow and powerful.” 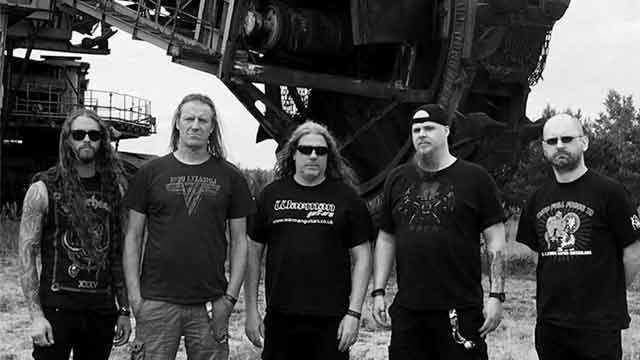