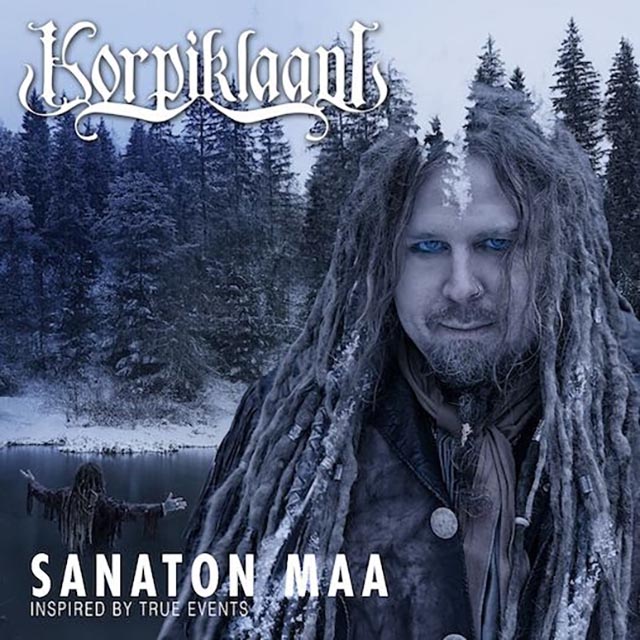 Korpiklaani have unveiled a video for another new song from their upcoming album, Jylhä, scheduled to arrive on February 5, 2021 via Nuclear Blast. “Sanaton maa” is another fun and catchy track from these Finnish folk metal gems. The clip was created by Markku Kirves and  shot at the Huovilan puisto (Kärkölä) and at Liedon vanhalinnan paja (Lieto ).

Read the story behind the track:

“Folklore tells a story of a young man named Matti plowing a field along a river. When finished, he took the horse to the pen walking past the bathing spot on the river. The men on the other side of the river were making hay and at the same time heard a voice from the water saying “Time has passed but no man has come.” Matti, having not heard the voice, decided to go swimming. Men on the other side told him he shouldn’t because they had heard such a voice. They said a man from the village had drowned in that place a long time ago. Matti replied that he was not going to swim after all, but was at least going to wash his hands and face. He leaned towards the water, had a heart attack and sank into the water. The legend is known at least in Kaukola and Valkeala.”

“Sanaton maa is meant to be a throwback to the 80’s with a folky twist: I wanted to write a classic sounding mid-tempo hair metal song with a killer chorus that includes all the elements I like to hear in a good song. While listening to this I can travel back in time on the back seat of an old Honda Accord that was cosmetically fixed with way too much putty and barely worked… .on the other hand that didn’t matter because it was also tuned with woofers more expensive than the car. Happy ending!”

“All I needed to do after that was add fuzzy dice to it!”

“Sanaton maa is the third Korpiklaani video with the same main character and this time I wanted to tell something about his profession. In this video we see a blacksmith with his young apprentice, to whom he is now passing his knowledge. On the way to the smith, the boy sees something stunning under the water. As a warning, man decides to tell him an old legend about what happened at the same spot a long time ago. But does our apprentice really listen …?”

The group expressed their thanks to the crew involved for the video: