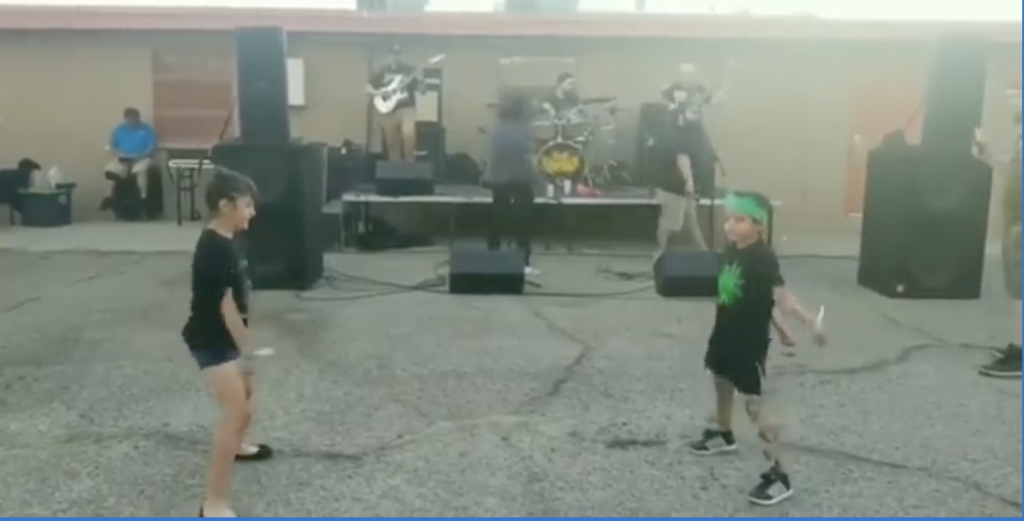 There’s a new dance that has gone viral and we have never heard of it. This dance is called the Floss Dance and there are instructional videos already made to teach you the choreography, and if you watched the backpack kid on Katy Perry’s Saturday Night Live performance back in 2016, he’s apparently the d-bag that originated it, and it’s caught on with little kids since then.

While we have encountered dances such as the Electric Slide, Cupid Shuffle, Harlem Shake etc.., we’ve barely seen these movements at a metal show, until now. This past Sunday (27th) in El Paso, TX, the deathcore outfit Texas Gigantism performed at the Borderland Roller Derby and for some reason, kids walked up to do the floss. What will these kids think of next? We’re not sure, but we are pretty positive that Texas Gigantism, who we also never heard of until now, appreciate it.