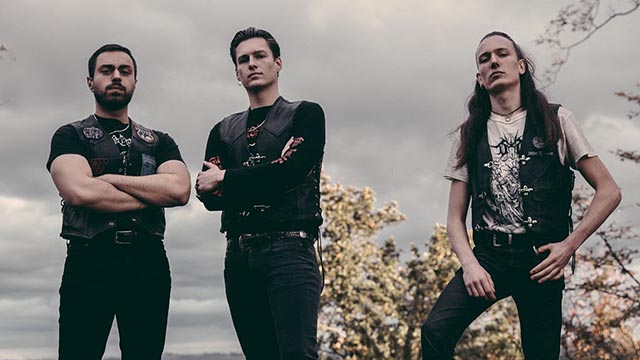 Imha Tarikat have unveiled a lyric video produced by Kerem Yilmaz for their song, “Streams of Power – Canavar.” The track is the second single taken from the German black metal outfit’s new album, Hearts Unchained – At War with aPassionless World, out December 2nd.

“The new song ‘Canavar’ is part of my ongoing ‘Streams of Power’ story, of which there will be at least another song following this chapter with its sub-plot”, Kerem Yilmaz explains. “As it says in the lyrics, ‘I did travel on long paths to reach the end of this darkness. Though the more vileness I (sur-)passed, the more I became the beast I hated… When did it begin?’. Track down your wrongs and make it right!”

05) Flood of Love (The Beast Trigger)

09) Stardust Wisdom (Manifest of the Deity to the Unkeen)