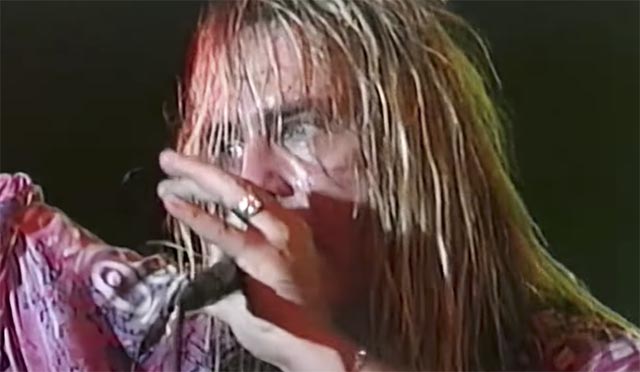 Pro video footage has surfaced of a 1994 Helloween performance in Lichtenfels, Germany on the Master Of The Rings tour. The clip popped up on YouTube some 27 years later having never been previously released. This tour was the first for vocalist Andi Deris, who had replaced Michael Kiske on lead vocals. We have the footage below.

Speaking of Helloween, the group just released their self-titled album featuring Kiske and Deris on vocals. Check out our interview with Deris here.