The new era of Helloween is finally here with the release of the German metal giants’ new self-titled record, which is out now via Nuclear Blast. The album includes the Pumpkins United lineup with the return of Kai Hansen (guitar, vocals), Michael Kiske (vocals) along with Markus Grosskopf (bass), Michael Weikath (guitar), Andi Deris (vocals), Sascha Gerstner (guitar), and Dani Löble (drums). We caught up with Deris to discuss the new album and their overall recording challenges during the COVID-19 pandemic.

Looking back, what sparked the reunited lineup to record an album together?

After we decided to go on the Pumpkins United Tour with seven members – Helloween past and new – and it worked out so well, it was almost unavoidable to create the idea of an album with all members. The more we thought about it and talked about it, the more it became an exciting project to do and here we are….. our first new era Helloween release.

How has the creative process changed with the return of Kai and Michael?

For sure more input; two more strong and creative songwriters and it was also a bit more flexible and interesting in having a song in your head and thinking that this would be more perfect for Michael’s voice. It was exciting in a special way.

What have been some challenges getting this album together during the COVID-19 pandemic?

Everything took a bit more time but we were lucky as we went into the studio right after our last South American gig before the pandemic hit strong with all the strict bans. It was basically only the mixing that we couldn’t do the way we were used to, but in the end, it all worked out with the modern transfer technologies

The Pumpkins-United is more like a dream come true for Helloween fans. The video for “Skyfall” is proof of that. Can you talk more about the video?

We used the green screen, we recreated the cockpit, we did program everything in. It was very laborious. And then we had a special room where we all performed together.

How has the overall united experience been like for you guys?

So far – so great. We are very united, very happy together and it is pretty exciting to have a new era heralded with Helloween.

While it looks like tours are coming back, do you guys have any plans for a record-release show or livestream?

Yes, some shows are already announced for next year and you can imagine that we are keen to be back on the road. It’s too early now to talk about it but I am sure there will be some live recordings along the way.

I do think it is epic and we will see the reaction of the fans very soon. Keep our fingers crossed! Thank you for supporting us, thank you for your time and interest. Stay healthy! Andi Deris /Helloween. 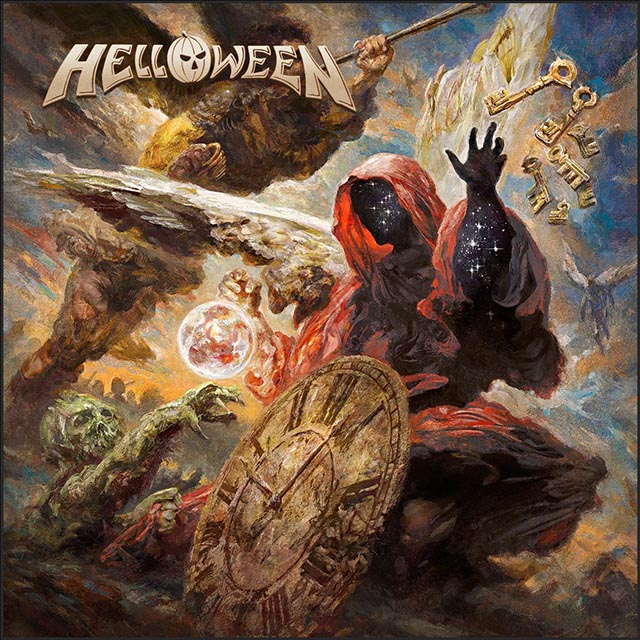