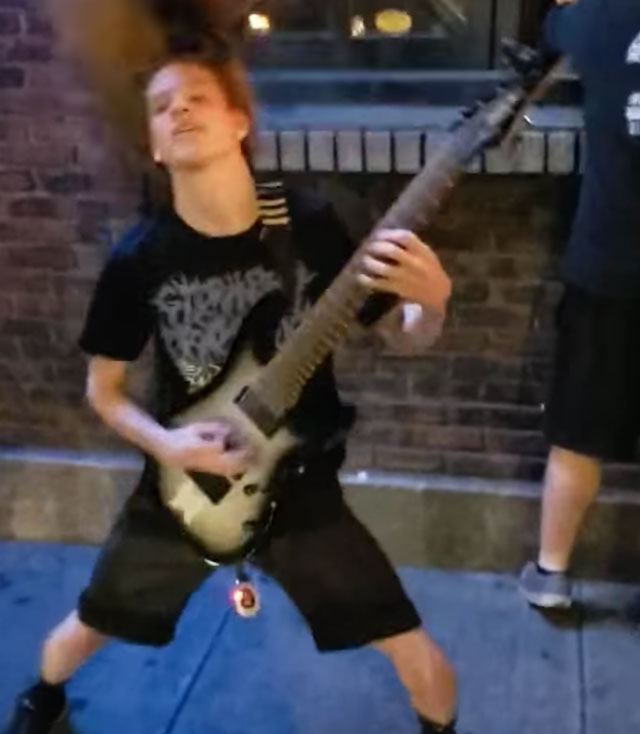 Well, this is a bit bizarre. The guitarist of Ancient Burials was too young to enter the Hawthorne Theatre in Portland, OR and ended up playing the set outside.

The show was 21+ and instead of the venue marking the guitarist’s hand with an “X” they prevented him from going inside. Luckily, Paradigm Shift came to the rescue and hooked him up with wireless gear, allowing him to play outside the venue.

“So our homeboy in Ancient Burials was a bit too young to play inside, so we hooked him up with some wireless gear,”

“I think it has to do with Oregon’s state laws,”  “In my younger years in Michigan playing gigs they always just marked my hands with an X.”

Watch the video of the street shredding below!