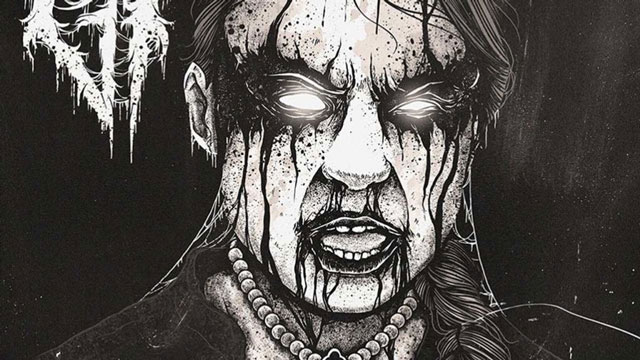 We’ve been seeing quite a few mashups lately including Deftones and Britney Spears, Tool and Justin Bieber, and Tool and Taylor Swift. Despite all of the mix-ups we’ve heard, Greta Thunberg’s UN speech morphed into a Swedish death metal track is one for the books. Lets face it, even Greta herself seems to dig the tune. Additionally, other YouTubers have since been inspired by John Mollusk who created the video and decided to make a mashup of their own.

YouTuber Spektor Baal made a synthwave goth version and it has already exceeded thirty-thousand views:

With that being said, Mollusk or should we say John Meredith, the drummer for the NYC-based Indonesian thrash act Suaka, has decided to take his mashup to the next level by releasing it as an official single. John has teamed up with label Despotz Records to release the song, “How Dare You,” as a legit single and all profits will go to Greenpeace.

In complete support of Greta and Greenpeace, Despotz Records have launched a social media campaign #GREENMETAL to urge the metal fans worldwide to mobilize and take part in the environmental movement together as the label explained:

A week ago, Greta Thunberg (the teenaged leader of the climate revolution, she needs no further presentation) gave a speech to the world leaders at the opening of the UN Climate Summit in New York. The speech, where she relentlessly scolded the world’s most powerful people for their lack of action facing the climate crisis, quickly became a classic and, along with Martin Luther King’s epoch-making speech, “I have a dream”, is placed among the most influential and important speeches in the history of modern humanity.

Shortly thereafter, a music video was released on Youtube where the Death Metal phenomenon G.T, also known as John Mollusk, the drummer of New York thrash metal band Suaka, converted the speech into a death metal song where he himself growls along with Greta. The clip went viral and has already been viewed over 4 million times.

All the record company’s profits from the release will go straight to the environmental rights activist group Greenpeace. With the single release, Despotz Records launches a campaign under the hashtag #GREENMETAL where they urge the metal fans worldwide to mobilize and take part in the environmental movement together and to create history making the death metal song ’How Dare You’ enter the billboard top 10 charts!”

Check out the official single below and order it here: