To promote their new album Veleno, Italian symphonic death metal giants Fleshgod Apocalypse has debuted a new About The Song series. The first song the band discuss is their latest single “Sugar.”

In the video, frontman Francesco Paoli says the track is based on a personal story about the heroin epidemic:

“I needed to write a song and lyrics as a closure of this thought, I needed to relieve my burden. What we wanted to show with this song is heroin is still alive and it’s still killing people every day and this is fucking unacceptable. And sometimes people make jokes about things, but it’s a very, very complicated problem to solve and it’s a complicated problem for families in their lives. As a father I feel really, really scared about the evolution of these things. So, what we wanted to do in some way is put the light on a problem which is still very common and still very, I would say, active.”

He also talks about the concept for the song’s music video:

“What I wanted to do with this video was show the people that it’s a fucking second, it’s like this (*snaps*). You try to find a solution and its not a solution, it’s a fucking curse, and then you’re gone forever. Even if you try once, you’re gone.”

“Sugar” is the first official single from the band’s fifth studio album, Veleno, released on March 24 (watch the group talk about the unofficial debut of “Fury” here). The album is the follow-up to their critically acclaimed 2016 release King. Upon “Sugar’s” release, Paoli said in a Facebook post about the record:

“No words can describe how excited we are and how long we waited for this moment. What you see is the harvest of three years of sweat, revolutions, intense emotions and extreme challenges. We proved ourselves to be stronger than ever, despising compromises, setting the bar higher no matter what. The album is massive to say the least. Every song is a unique piece, literally alive and breathing. Can’t wait for you guys to hear the rest…”

Fleshgod Apocalypse is currently on a co-headlining tour with Hypocrisy through mid-April. Aenimus is opening all shows on the tour. 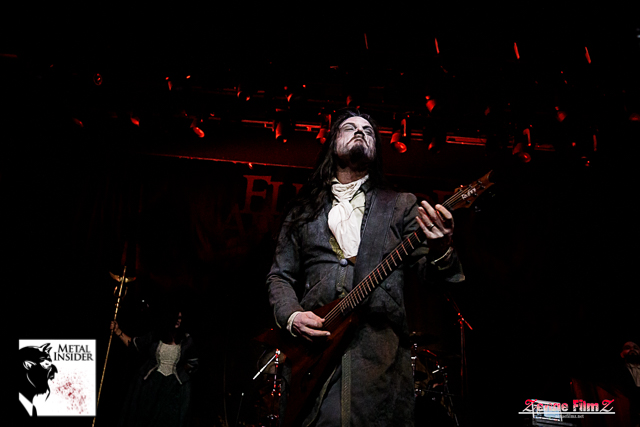