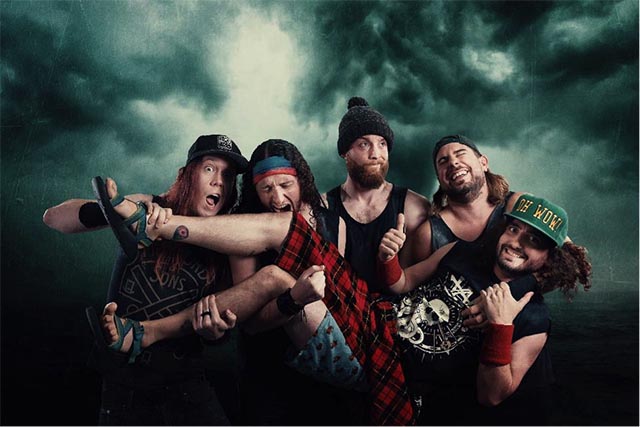 Alestorm have shared a live performance video for the song “Zombies Ate My Pirate Shipt,” which features footage from their 2021 UK/Ireland tour.

The group commented:
“Back in December, we managed to defy all the odds and do a massive tour of the United Kingdom and Ireland, playing 11 huge shows to tens of thousands of fans, culminating in our biggest ever headline show at the Brixton Academy in London. While we were on the road, we also filmed a bunch of footage on and off the stage, so we thought we’d stick it all together into a big fun music video featuring one of our favorite songs from our previous album, called “Zombies Ate My Pirate Ship”. Thanks to everyone who came to see us during these tough times, and extra special thanks to Loretta Lovely, who performed the female vocal parts ‘live’ on stage with us. OH WOW!”