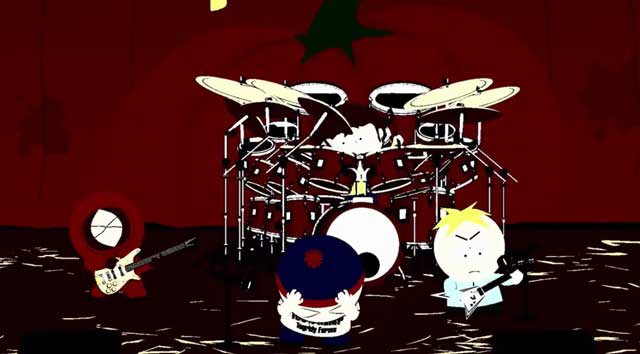 Did you catch last night’s (2nd) episode of South Park? Well you may have heard something familiar on Season 23, Episode 2: Band in China as Dying Fetus was featured in the comedic animated episode. The synopsis involved Stan Marsh who formed a band to work out his frustration over having to move away from South Park. During the group’s rehearsal session, Stan and the rest of his crew ripped into the Dying Fetus track “Second Skin.” The song is taken from 2012’s Reign Supreme.

You can check the clip below and note, the song is featured in the second portion: