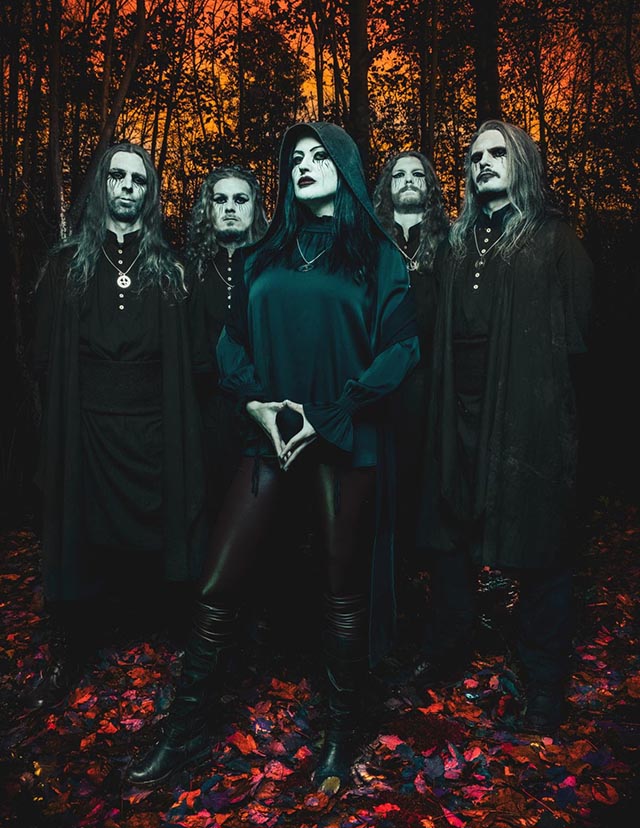 Extreme melodic death metal act Defacing God are gearing up for their debut album, The Resurrection of Lilith, out September 2nd via Napalm Records. Today (4th), the group has shared a video for their second single, “The End Of Times.”

“The term ‘End Of times’ relates to the era that precedes the termination of life on earth, with different man-made religions interpreting the events and time of its occurrence. The end of times marks the moment of divine retribution where the world will receive its grand judgment, widely referred to as the Apocalypse. In our attempt at creating the sound and the visuals of the Apocalypse, the world is seen through the eyes of Lilith. The lyrics say, ‘This is the end of times; the cosmic energy has brought. Omniscience balance, the ascension has begun.’

We can ́t control the power of nature and cosmic events as we are simple mortal beings. Not only are we threatened by the force of nature beyond our control, but we are also threatened by our own flesh and blood. The urge of materialism, authority, power, status, and money, which can all lead to wars, oppression, pain, and sorrow. The song refers to the spiritual aspects and realities that are supposed to be hidden behind humanity’s material world and the evil of the spiritual world, but in fact it alludes to the man-made horrors of war, greed, oppression, mass consumption, the lack of integrity, and our self-made road to destruction which will eventually lead to the end of humanity. If we were to be asked, ‘What would the Apocalypse sound like?’, then this is it. As the lyrics also state, ‘Passengers on the death train, welcome everybody – time to climb onboard!’”