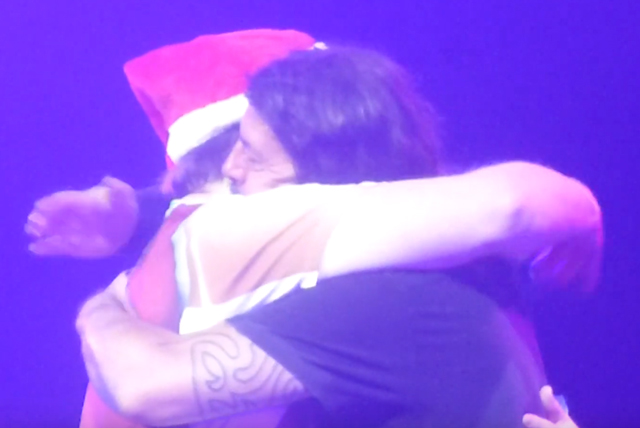 Foo Fighter’s Dave Grohl had an eventful night at the Intersect Festival by shotgunning beers with Santa Claus. A fan in the crowd was all decked up in Santa attire and was holding a sign asking Grohl to shotgun a  beer with him.

Watch the fan-shot video below:

Foo Fighters also dropped a new EP titled 01999925 which contains rare B-sides from There Is Nothing Left To Lose era, and covers.

Check out the tracklist below:

However, three of the songs were released in 1999 on the Learn to Fly single.