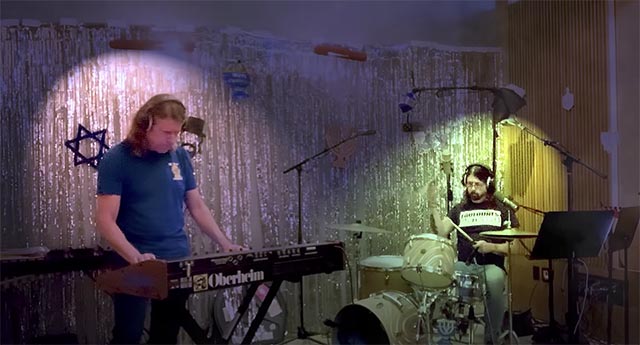 Their version of Van Halen’s “Jump.”

The dynamic duo of  musical Judaism had this to say about the new jam:

“Quite possibly the loudest and proudest of hard rocking Jews, David Lee Roth has gone on record crediting his Bar Mitzvah preparation as his earliest vocal training. He became a rockstar the day he became a man: Diamond Dreidel DLR and Van Halen…with ‘Jump.’”