Southern California’s wildfires continue to strengthen. According to CNN, gusts of wind are predicted to reach the strength of a Category 1 hurricane in the higher altitude areas that could lead to intensifying the already horrific fires. There are nearly 9,000 homes without power, and officials have shut down hundreds of schools. Thousands of firefighters have been working on this terrifying blaze and these increasing winds could reach over 80mph will continue to threaten both the Ventura and Los Angeles counties condition.

It’s difficult to control this destruction, which threatens thousands of residents including Zakk Wylde’s home. Wylde discovered that his house could be in danger while sitting down for an interview with Q104.3 during his visit to New York City. In the below video, Wylde was asked what his plans were for the weekend and his response was him hoping he can go home.

“Well, hopefully we’re heading back home to California,” Wylde responded, “and have a house to go to…at the rate [the wildfire is] going.”

Images and video of these fires look as though they came straight from a disaster film. It’s horrifying to watch and our thoughts are with those who are in danger from these wildfires at this time.

Not the typical morning commute… pic.twitter.com/kJIOQeqsIK 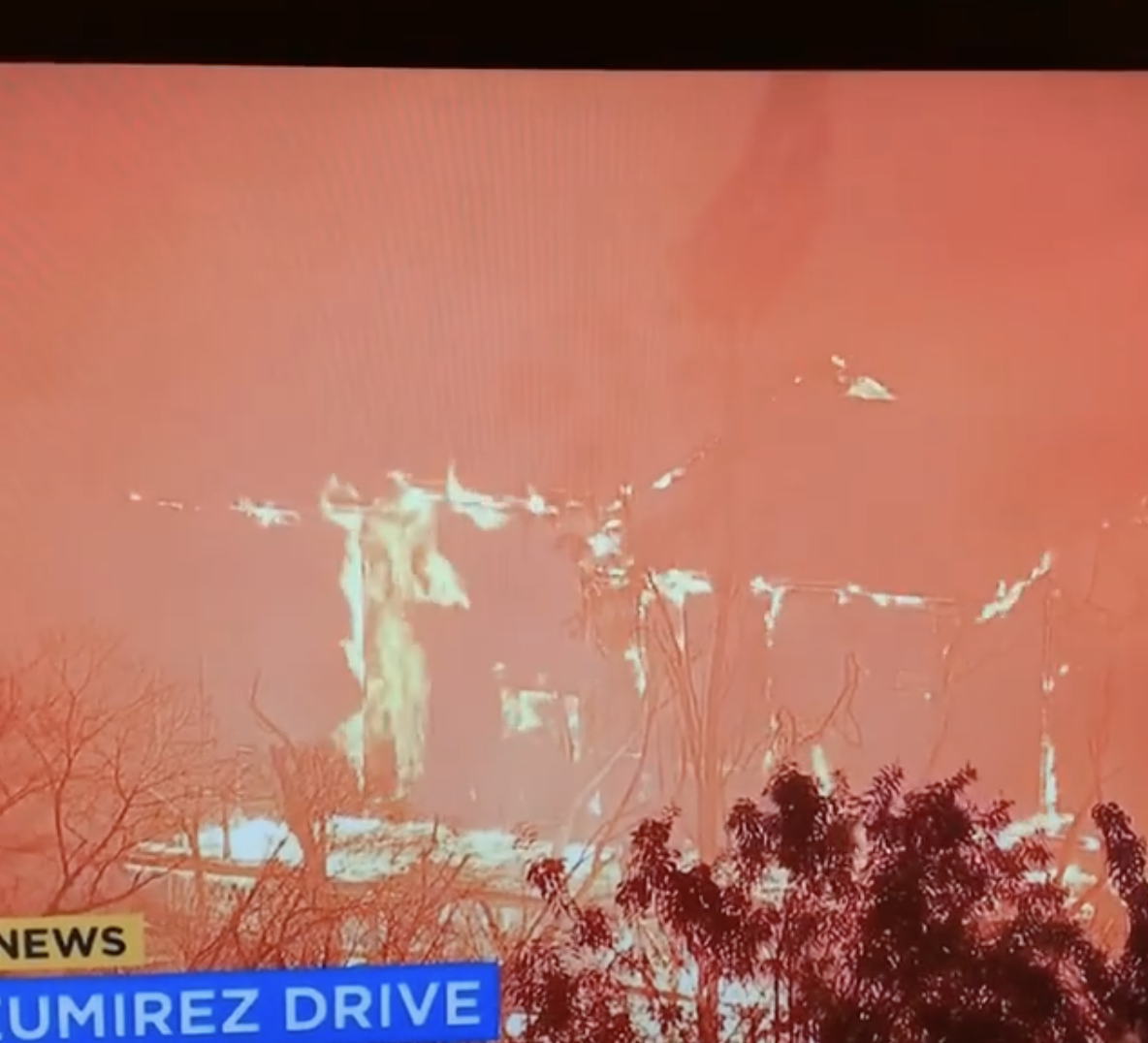