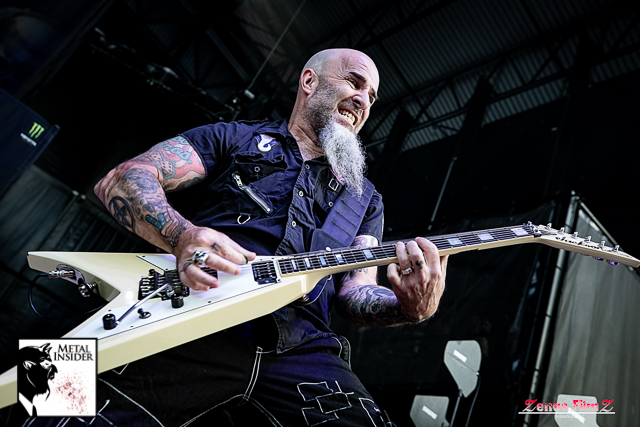 The video features Ian opening five of the recently released BMG vinyl reissues of Motörhead’s 1990s and 2000s albums, including copies of 1996’s Overnight Sensation, 1998’s Snake Bite Love, 2000’s We Are Motörhead, 2008’s Motörizer and 2001 live album Everything Louder Than Everyone Else. In the video, he details his memories and experiences listening to and working with the band.

First up was Overnight Sensation, which Ian looked at the lyric sheet and track list, going down the line and saying which tracks he thought were good before exclaiming that he’s “excited to get this home to [his] turntable.” He then picks up Snake Bite Love, which he’s less familiar with than other albums before turning it around and saying that the reissue will give him the chance to listen to it as if it was a new album. Ian then glosses over We Are Motörhead, talking about the album’s classic tracks and how “See Me Burning” has the “arguably fastest double bass Mikkey Dee ever had in the context of Motörhead.” When he opens Motörizer, he reminisces about going to the studio during the band was recording it and how he got to be interviewed for the Lemmy documentary. Finally, he opens Everything Louder Than Everyone Else and tells the story behind his quote in the album’s artwork.

Not only has Ian been a fan of Motörhead, he had been friends with frontman Lemmy Kilmister for more than three decades as well. In an interview following Kilmister’s death in 2015, he said to ABC Radio of their friendship:

“One of my heroes became my friend for 30 years, and I’ll have that for the rest of my life, I’ll have all those memories and all those experiences. The fact that I got to hang with that dude, like really hang with him and sit in rooms around the world and talk to Lemmy and just sit and have conversations about all kinds of crap, that to me is amazing.”

More CD and vinyl Motörhead reissues are still on the way, though a timeline for their release has not been shared yet. In late 2018, the band released a Premium Dark Rum, which won a 2019 Gold Medal for Best Aged Rum from ‘The Fifty Best’ earlier this month.