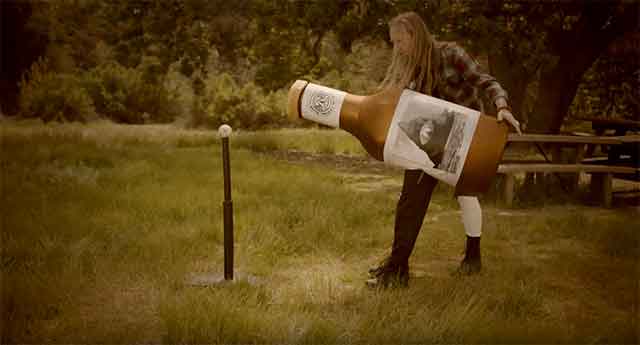 Alice in Chains decided to take the fun approach with their brand new video for “Rainier Fog.” The clip was directed by Peter Darley Miller, whom the band worked with on their mockumentary “AIC 23.” Drummer Sean Knney spoke about the video and why they decided to go the fun route.

“In a world where things are becoming increasingly serious, with ‘Rainier Fog’ we have continued our long tradition of making asses out of ourselves in videos. So for all of you that were raised bottle-fed, this one is for you. Mission accomplished.”

Guitarist Jerry Cantrell shared the great time he had working with Miller again.

“We had a great time working with Peter Darley Miller again. We made ‘AIC 23’ in 2013 with him, which was amazing. We had a blast making the ‘Rainier Fog’ music video, which continues the northwest theme of the record. We hope you enjoy it and have a laugh.”

Check out “Rainier Fog” below!

Alice in Chains has been dropping episodes for their film Black Antenna. Check out the latest episode here and catch the band on tour with KoRn this summer.