If it seems like California might fall into the ocean before Tool is done with the follow-up to 2006’s 10,000 Days, at least some progress seems to be being made. And while their April Fools Day stunt might have fooled a few people, guitarist Adam Jones appears to be continuing to troll Tool fans. A few weeks ago, he posted a picture of engineer “Evil” Joe Barresi, who’s worked with them on 10,000 Days as engineer and mixer. “A little taste,” the Instagram caption said. “Mixing a would be jam with Evil Joe Barresi.” While the pic appeared to be a video clip, it was nothing more than an admittedly awesome pic of a mission control-looking mixing board with Barresi behind it while drummer Danny Carey lounges on a couch behind him.

Today, however the guitarist actually shared some video. “Playing strange strings at Joe B.’s,” the caption says. And yes, it is indeed some weird strings that sounds like they’re being manipulated via analog tape, which the visual seems to suggest as well. In all, it’s very psychedelic and should probably not be consumed under the influence of psychedelics. There’s still no official word on anything about the next album (or what the “Captain Midnight” hashtag means), but if progress is being made, it’s being made trippily. 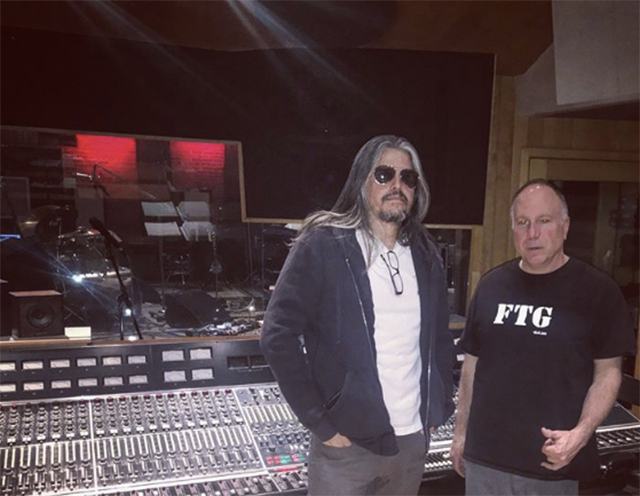