You’ve got to hand it to Limp Bizkit. At least they have a sense of humor about themselves. Fred Durst recently popped up on Instagram wearing a branded hoodie that simply reads “Not Robert.” That, of course, is in response to the Associated Press article in which they referred to 72 year-old suspected serial murderer Robert Durst as “former Limp Bizkit frontman.”

That’s a double burn on Fred, in that he’s in his 40s, not his 70s. And he’s actually still the frontman of Limp Bizkit. It’s hysterical to think that for a brief moment, someone at the AP thought that Durst was rapping about doing it all for the nookie when he was in his late ’50s, While Durst might want to break stuff, he’s never killed anyone, even if he’s like a chainsaw.

I am NOT ROBERT 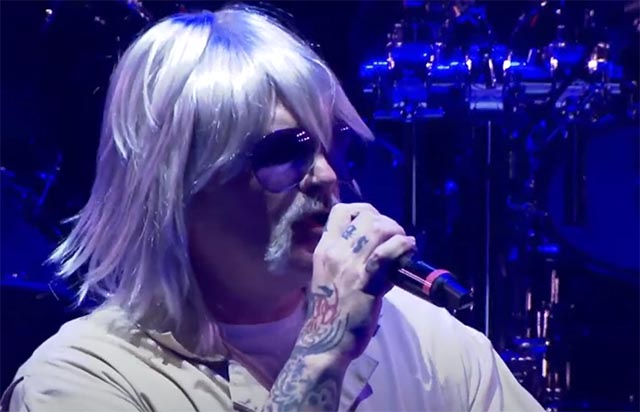