Australian rockers Airbourne took a small break from touring in support of 2016’s Breakin’ Outta Hell. We haven’t heard much from them aside from the recent video premiere of “It’s All For Rock n’ Roll” that paid tribute to the late Lemmy Kilmister. The group are now just over one month away before they head out on the road once again and this time it will feature a different face. Airbourne announced they officially parted ways with guitarist David Roads who’s been with them since their 2007 debut Runnin’ Wild, and replaced him with Harri ‘The Riff Doctor’ Harrison (Palace of the King).

“To all Airbourne fans and friends we’ve got one Hell of an update for you!

David Roads has decided to leave the band to work in his family business. As the old saying goes, ‘you can take the boy out of the farm, but you can’t take the farm out of the boy’. We say, good on ya mate, well-played and good luck!

Now to the future, and its all guns blazing foot to the floor! Introducing you to our new Airbourne Brother, he’s our long time staunch mate Harri ‘The Riff Doctor’ Harrison. Possessing a gifted Rock’n’Roll right hand motor he already ‘fits in like a well-greased piston into a V8’ and we are all pumped to be bringing his powerful locomotive-like rhythm with us to rock the summer festivals!

David Roads would like to say “Many thanks to all the fans. It has been an absolute pleasure rocking out with you guys over the years. It was great to be a part of this wild Airbourne ride! Cheers!” 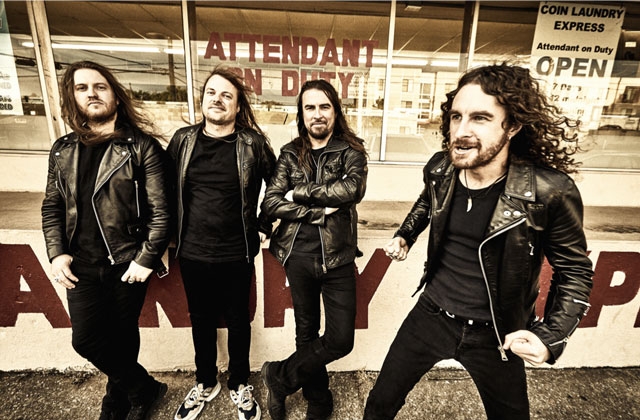