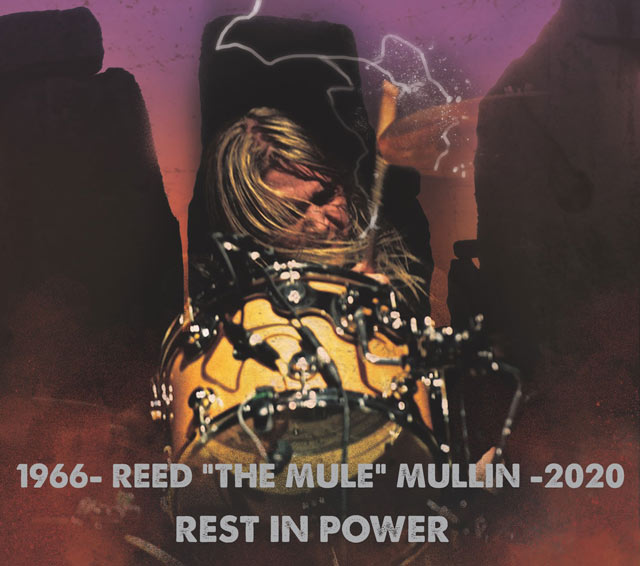 January 2020 feels like an eternal month of mourning. We’ve lost four drummers just weeks (or a day) apart from each passing. Last night was probably difficult for most wondering if another musician has died. The anxiety behind this is real, and it’s been a horrific month for the metal community. We’re still shocked about the death of Corrosion of Conformity drummer Reed Mullin. He was fifty-three years old, and that’s way too young to go. While the metal community has been sharing their thoughts on this significant loss, Corrosion of Conformity have been pouring love for their late drummer on social media.

The band issued the following tribute:

Reed could play all of the metal stuff, cymbal grabs, proto blast beats with only one bass pedal. He could cop one hundred different styles and reference them in his own way. Everything from Earl Hudson and Clive Burr to Neil Peart (RIP) to Mitch Mitchell and Bill Ward. From John Bonham to Phil Taylor and Nicko McBrain. All the while he was creating his own thing, odd times and polyrhythms played nonchalantly, powerful, simple, deliberate sections, all of the possibilities were in fact possible but utilized thoughtfully, in the proper place, for the proper effect, as the song demanded. Musically speaking, what more could you ask for?”