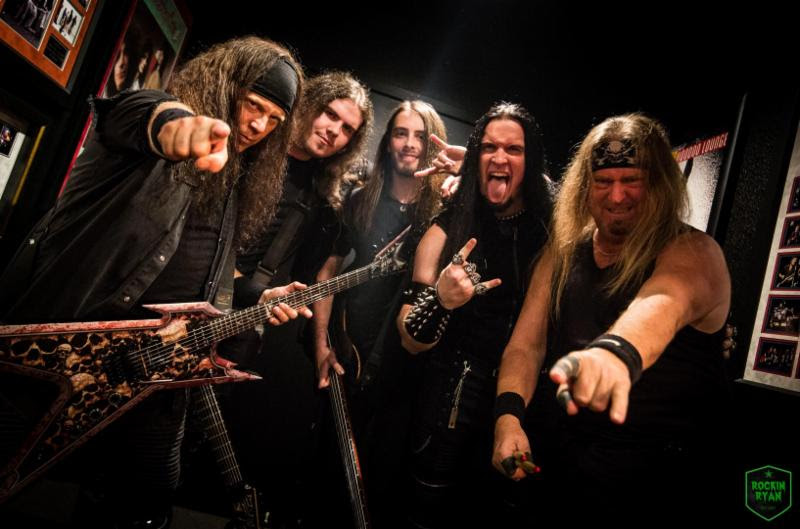 Legendary metal band Vicious Rumors is turning 40 in 2019. To celebrate, the band has announced a 40th anniversary North American tour.

Dubbed the 40th Anniversary North American Road Rage Tour, the band will be heading across the country starting May 4 in Redding, CA. The outing will focus mostly on cities the band missed during their 2018 tour, especially the east coast and eastern Canada, though there are a handful of mid-west and west coast dates as well. It all culminates with a show in Santa Rosa, CA on June 22. Said guitarist Geoff Thorpe of the tour,

“It’s been an incredible year of touring! The fan response has been fantastic! We’re ready to hit the road and make a killer new album! After a crushing 45 dates in the states in 2018 the band returns with a new show from May 4 to June 22nd!”

Sun Lord, Voodoo Terror Tribe and Dethcadence will be taking turns joining them on the road.

The announcement comes less than a month after the band announced a second leg dates for their European Digital Dictator 30th Anniversary tour. Those dates start March 4 in Barcelona and culminate with an appearance on the Full Metal Cruise from April 24-28.

Aside from touring, Vicious Rumors is currently working on a new album. The band’s website bio says they are currently in the pre-production stage with a tentative release set for this summer. The band released their latest album, Concussion Protocol, in 2016. 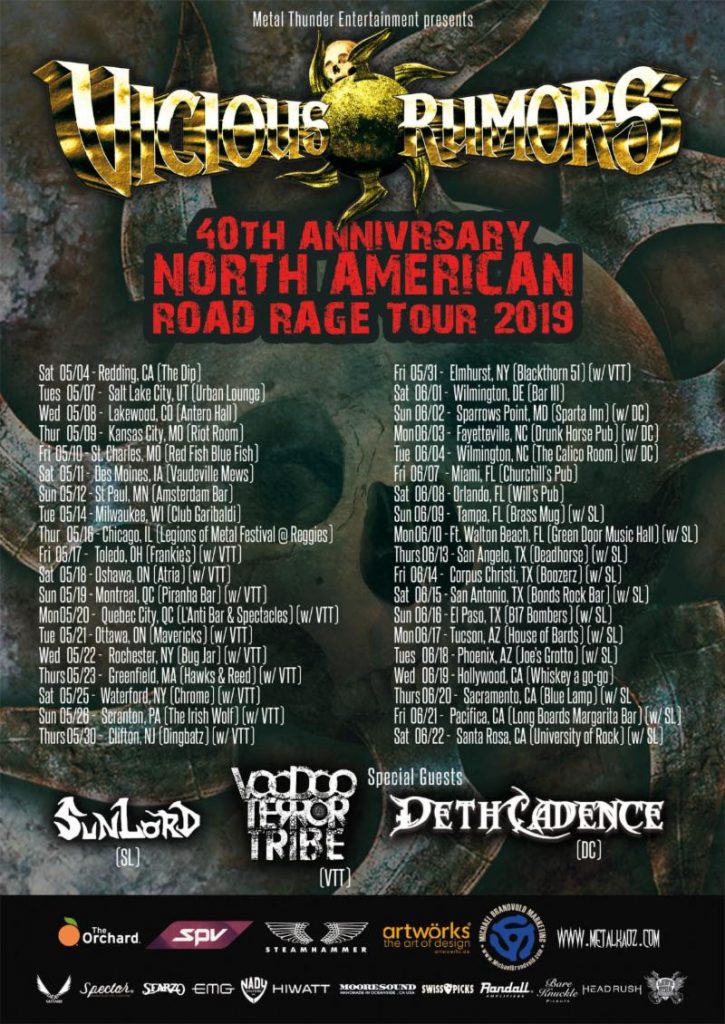