There were a lot of tears shed, memories shared and “end of an era” stories written when the Vans Warped Tour wrapped up its final run after 24 years. However, just because something’s over doesn’t mean it’s the end (just ask Ozzy!). To coincide with its 25th anniversary, at the end of last year, Kevin Lyman announced that there’d be a handful of anniversary shows on the West Coast, East Coast and Cleveland. Today, it was officially announced just where and when those shows would be. The California show will be at the Shoreline Amphitheatre in Mountain Creek, CA, and the Cleveland show will be at the Rock and Roll Hall of Fame. Interestingly enough, the East Coast shows will be taking place on the beach in Atlantic City.

The Shoreline shows are probably the most typical of the dates. The Rock Hall of Fame show makes a lot of sense, given the anniversary, and it’d be easy to imagine there being some special programming at the Rock Hall around the show. The Atlantic City shows are the most out of left field. Warped has taken place in Asbury Park and more recently, Holmdel, in New Jersey over its long run. But for an East Coast date, we would have assumed that the shows would have taken place on Long Island’s Jones Beach, which was generally one of the biggest shows of the tour.

You’ll be able to get pre-sale tickets starting on February 25th, but if you want to wait until the lineup’s announced, you’ll find that out on March 1st, which is when tickets will go on sale to the general public. 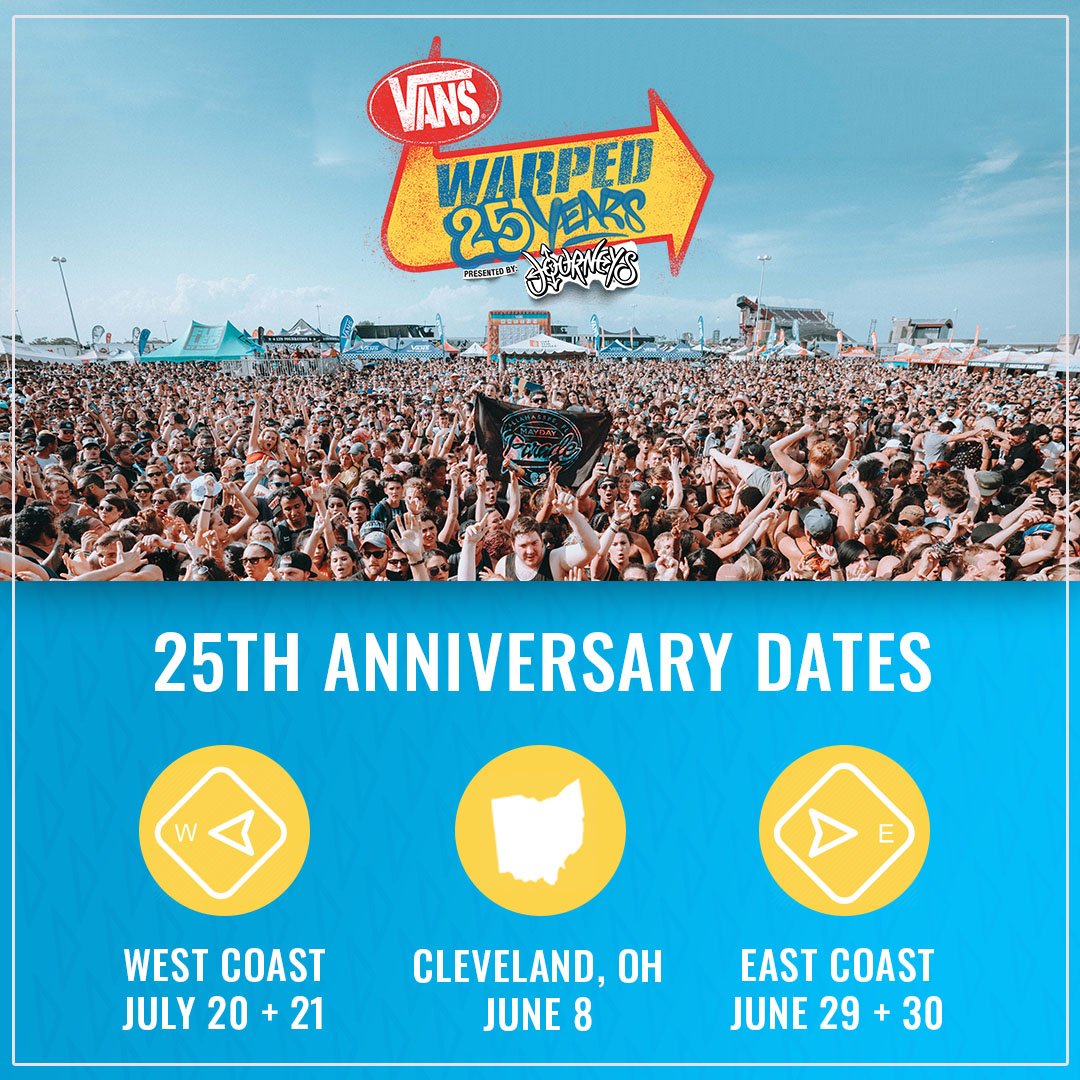