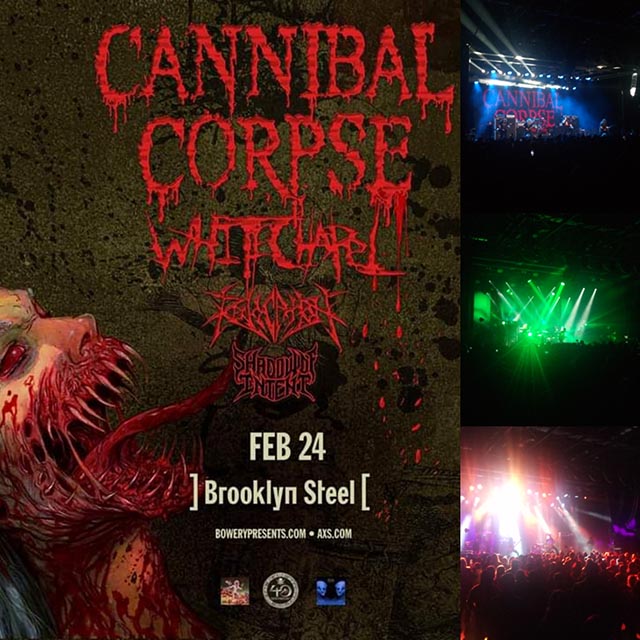 American death metal legends Cannibal Corpse played to a rabid group of metalheads on 2/24/22 at New York City’s Brooklyn Steel. The band has been touring in support of their latest record, Violence Unimagined, with support from Whitechapel and Revocation, who were all celebrating forty years of Metal Blade Records. Here are five highlights from that brutally great night:

01) Although they performed a swift set, tour openers Shadow of Intent threw down a great performance, and I was amused how much Ben Duerr (vocalist) reminded me of a much younger George “Corpsegrinder” Fisher with regard to his appearance and the guttural side of his duel vocal style.

02) Revocation also performed a quick but fantastic set. They made the most of the minimal amount of time granted and turned in an incredible performance. Most modern tech-death bands tend to overload the senses in a live situation. Still, Revocation’s style is a lot more relaxing on the nervous system as their songs offer subdued moments for each of the six songs they chose for their setlist. It was invigorating to see them once again.

03) Those who were there specifically for Whitechapel, as always, presented an energy-assisted with giving their set a much-needed boost.

04) Cannibal Corpse was the band that introduced many to death metal. Though the death metal sub-genre has sprouted different branches since the late eighties (even throughout the nineties), Cannibal is a pillar of that genre. The crowd didn’t stop with breaking down Brooklyn Steel. The band had tons of energy to give and receive, keeping their set amped and wired from the opener of “The Time to Kill is Now” to their closer “Hammer Smashed Faced.”

05) What I loved about their set was that it showcased both eras of Cannibal Corpse and proudly semicircled between the past with Chris Barns to the ongoing journey with George “Corpsegrinder” Fisher.

All that said, it was a terrific night, and I’m glad Cannibal Corpse, Revocation, and yes, even Whitechapel got to beat the drum loud and proud for Metal Blade Records, home to some of the legendary and most influential artists in heavy music since 1982! 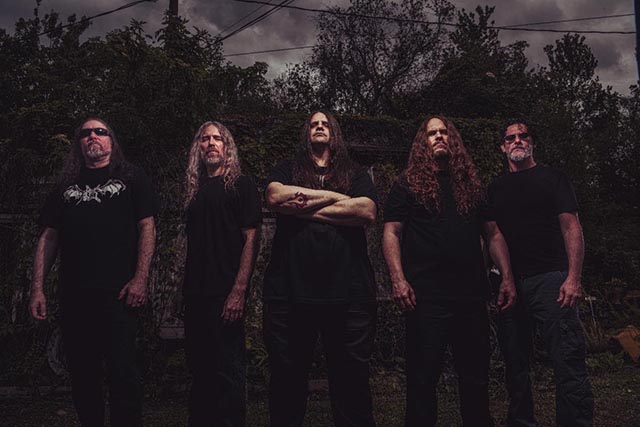