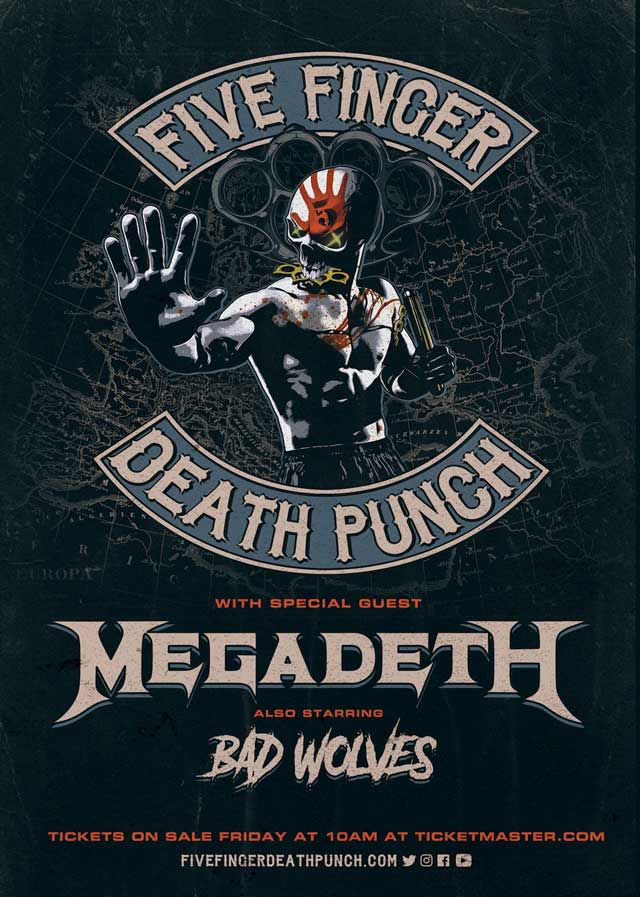 While this has been announced over a week ago, we are still digesting the fact that Megadeth will be Five Finger Death Punch’s special guests for their winter 2020 European/UK tour. Bad Wolves will be joining in on the run as well, which kicks off on January 14th in Kiev, UKR.

“The line-up is massive. Bad Wolves were THE breakout band of recent years and are certainly bringing the heat. Megadeth needs no introduction, they are absolute legends. Dave Mustaine’s contribution to this genre is simply immeasurable. I consider him one of the founding fathers of not just Thrash but Heavy Metal in general, because his riffs and guitar playing have influenced everyone that was in Megadeth’s blast radius… and that’s a big radius.”