With the Rockstar Energy Drink Mayhem Festival having closed up shot last year, organizers Kevin Lyman and John Reese, along with the energy drink, have turned their focus towards resurrecting another dormant festival. It’s been announced that the Taste of Chaos tour will be back this Summer. After having a one-off festival last October in the San Manuel Amphitheater, this year, it will be a touring entity, and while bands like Killswitch Engage, Avenged Sevenfold and Bring me the Horizon have played previously in the tour’s 2005-2010 run, this year’s lineup is a little more emo, or, like, a lot more emo.

The June and July tour will be headlined by Dashboard Confessional, with Taking Back Sunday, Saosin (with Anthony Green ) and The Early November playing. It can be assumed that either Lyman and Reese are completely backing off of metal for at least a year or that there’s enough of a backlash from Lyman’s comments about metal getting “grey, bald and fat” that metal bookers, managers and bands are choosing to avoid him. At any rate, this proves that Lyman and Reese have no problems resurrecting dormant festival brands, so there’s certainly a chance that Mayhem could come back in a few years if there’s enough demand for it. Here’s where you can catch your the Hot Topic set this Summer:

In other news, the Carnival of Madness tour has announced it’s dates for this year. Given that the fest is run by management company Indegoot, it’s no surprise that two of its biggest bands, Shinedown and Halestorm, are returning to the fest. Black Stone Cherry and Whiskey Myers will also play. At least one of those bands has played the festival every year since the tour started in 2010. Here are the tour dates for that: 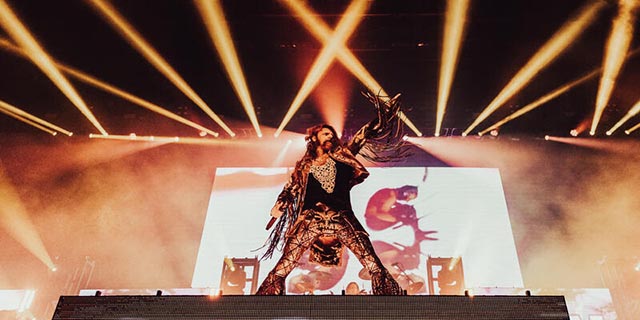