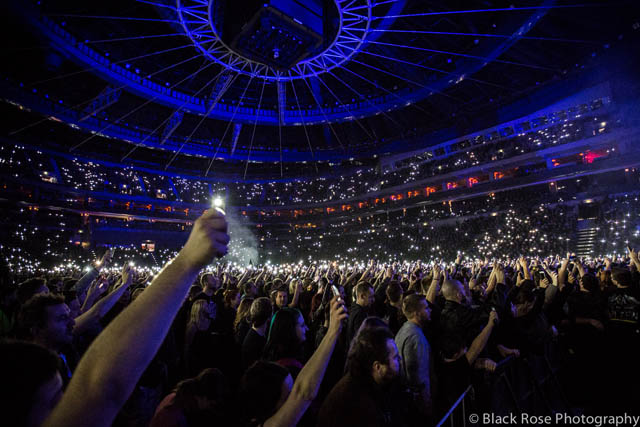 Less than a year after their latest visit to the Czech Republic, Sabaton returned to Prague to a sold-out show at the O2 Arena. This time around, was part of their promotional tour for their latest opus, The Great War. Joining them were their Finnish friends of Apocalyptica and Swedish countrymen Amaranthe.

Sabaton and the Czech Republic had a long and successful relationship since the first time Sabaton came to the country back in 2007. Czech metalheads love Sabaton as much as they love their beer. For what I witnessed on Sunday night (26), their love is mutual as Sabaton delivered one of the best shows and stage performances I have ever seen from them. An upcoming live DVD will be the result of their fantastic show in the Czech capital.

The evening began early, and by 6:30 PM the doors were open to the public. The beer started to flow from the vending stands, and by 7:00 PM, the venue was full and ready for Amaranthe, who delivered a great show. This was the first time I saw them with Nils Molin (Dynazty) as their new permanent clean vocalist. Molin fits the style of the band and has an amazing charisma on stage, and his performance was impeccable. Amaranthe has changed throughout the years, but I think they moved in the direction they’ve been aiming for since the release of The Nexus (2013). The band sounds tight, massive, and with a hunger for big venues and a stage presence that fits their status. The setlist for their show in Prague was short, but it was an excellent mix that included songs “Digital World,” “Hunger,” “Amaranthine,” “Helix,” “That Song,” “The Nexus,” and “Drop Dead Cynical.” 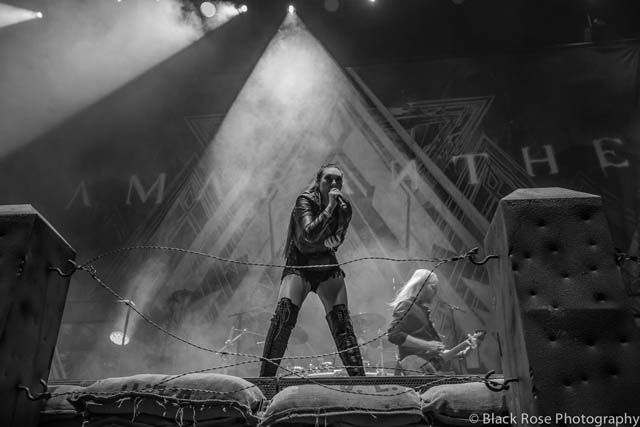 Apocalyptica was up next, and with them, we got to listen to some of the songs out of their brand new record Cell 0 as they opened with songs “Rise” and a great version of “En Route To Mayhem.” Even though their set was also short and we didn’t manage to listen more from their new record, it was a set full of surprises as they invited Elize Ryd (Amaranthe) to the stage to sing with them on “Seeman” (Rammstein cover) and “I Don’t Care” out of their Worlds Collide (2006) album. They also, of course, played some Metallica covers, and even they had time for a version of “Hall of The Mountain King” original by Edvard Grieg. We could say their set was a passionated warm-up of what we were about to experience with Sabaton. 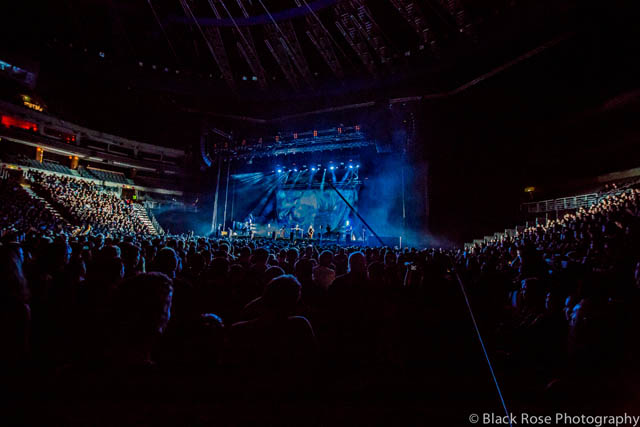 After a few more beers, the Czech crowd was ready to receive the crown jewel of the night, the big curtain in front of the stage fell at the sound of the now traditional Ghost Division, and the heavy metal party started.

Since their club and medium-size venue days, Sabaton always had a knack for their stage visuals and presence, and this show proves that they’ve been taken it to the highest level yet. The whole stage was a massive trench with barbwire and sandbags all around. So at the time that the pyro and fire happened, it really felt like a war zone. Their setlist for this tour was a mix of all Sabaton greatest hits but also filled with tracks from their new record including; “Seven Pillars Of Wisdom,” “Attack Of The Dead Men,” “The Red Baron,” “Great War,” “Fields Of Verdun,” and the opening “In Flanders Fields” plus the single “Bismark.”

Sabaton has this extraordinary power of bringing every story they sing about, live to the stage, and it sounds just like in the record. I know many other bands can do this, but the way Sabaton executes their music involves giving a physical form to the song on stage that somehow educates the crowd. The audience continued to get a further understanding of the war stories Sabaton are telling us through their music. From wearing blue and yellow military winter coats during “The Lion Of The North” and “Carolux Rex,” to wearing gas masks for “Attack Of The Dead Men,” a Sabaton concert transcends from a heavy metal show to a full history class. This time, their “students” are allowed to headbang, crowd surf, and drink beer at the same time the audience is learning about the battle of Verdun or the Red Baron.

After two hours of this Sabaton party, we left the arena on a Sunday night full of history and heavy metal with the sense that we drank, we laughed, sang, and witnessed a fantastic heavy metal show. One that would carry us throughout the week and until we get to see Sabaton live again. I want to believe this is why Czech metalheads love this band so much, or maybe it is because Joakim is half Czech, and they’re proud of that.

If you want to experience Sabaton in their latest form, I suggest you go to any of the remaining shows for the European leg of The Great Tour. It will be a real heavy metal party. 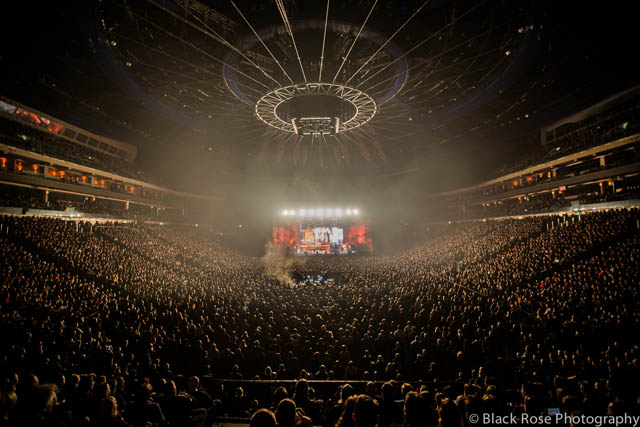 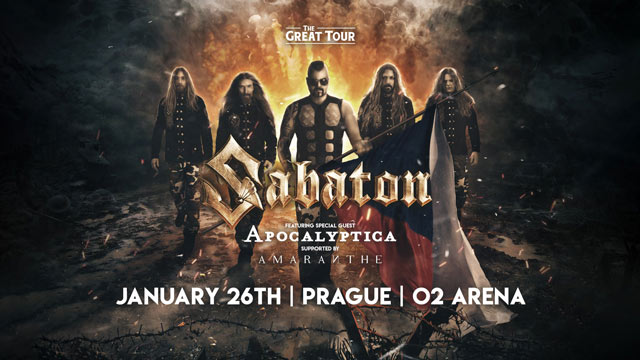