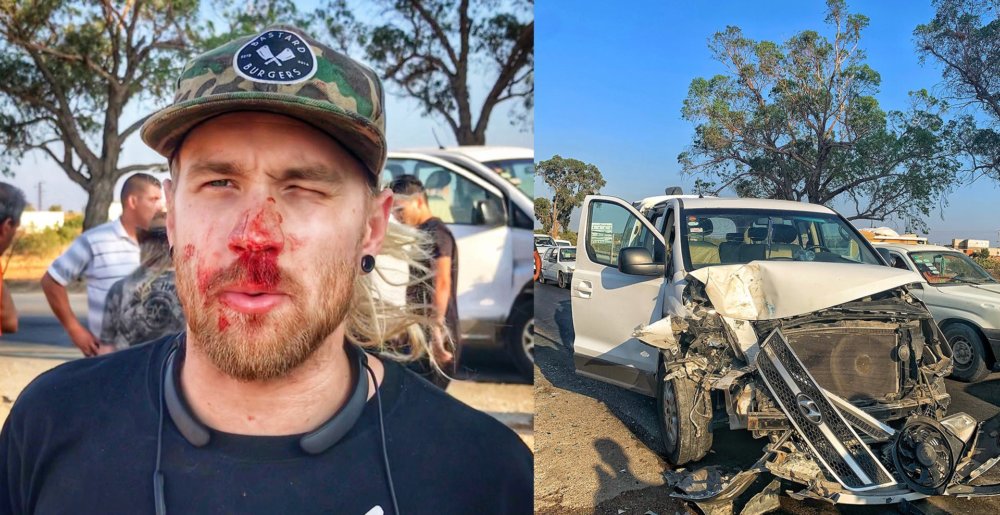 Sabaton has announced the cancellation of of their Gdansk Poland show after the band suffered injuries due to an automobile accident. On Friday (30th), the band was heading back from a video shoot in Tunisia in the Sahara desert when the vehicle they were traveling in crashed. Sabaton is expected to collectively make a full recovery but not quickly enough to have been able to play that evening in Gdansk.

In a statement, Sabaton vowed to return to Gdansk as soon as possible and assured fans that they will be back in full force for their October schedule which will take them across North America with Hammerfall in support of  The Great War.

Photos of the video shoot and subsequent crash can be found on the bands official website along with the following statement:

“Two days ago in Tunisia we were involved in a serious traffic incident upon our return from a video shoot in the Sahara desert.

We are all broken, badly beaten, bleeding and stitched up, but happy to be alive and confident that we will be fully recovered over time.

However, after consulting medical expertise and evaluating all our injuries we are sure that we cannot do the scheduled concert in Poland today without risk of consequential injuries.

We will be back with full force in October for the North American tour and will return to Gdansk as soon as possible.

Until then we would like to share a few of our private images from the filming in Sahara and the accident.

Thanks for understanding /The Band.