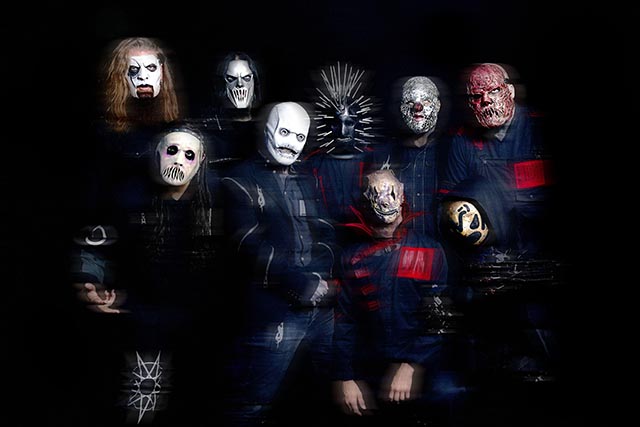 Slipknot’s Knotfest will return to South America this year, with locations in Colombia, their first-ever Knotfest Roadshow Argentina appearance, and Knotfest Chile and Brazil dates. Knotfest Colombia 2022 will take place on Friday, December 9th, at Campin Circuit of Bogotá. It will include Judas Priest and the recently reformed Pantera (featuring Zakk Wylde on guitar and Anthrax’s Charlie Benante on drums) as headliners. Other acts include Bring Me The Horizon, Trivium, Hypocrisy, Sepultura, Suicide Silence, and Sold. More acts, TBA.

Knotfest has also expanded into Argentina with two special Knotfest Roadshow events. Slipknot will headline the first on December 8th, and the second will include Judas Priest as the headliner on December 13th, which will both be held at the Movistar Arena in Buenos Aires. Judas Priest and Pantera have been added to the lineup for Knotfest Chile on December 11th at Estadio Monumental in Santiago and Knotfest Brasil on December 18th at Sambódromo do Anhembi in São Paulo. 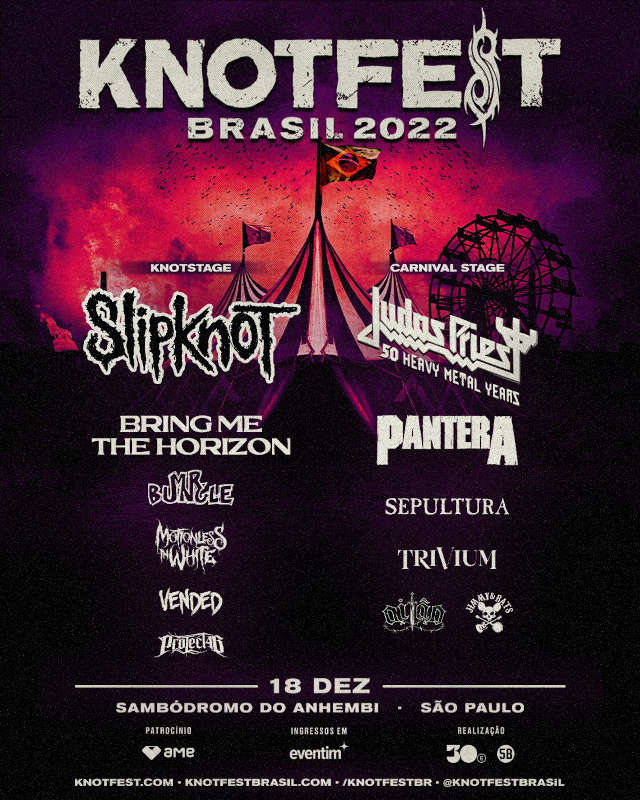 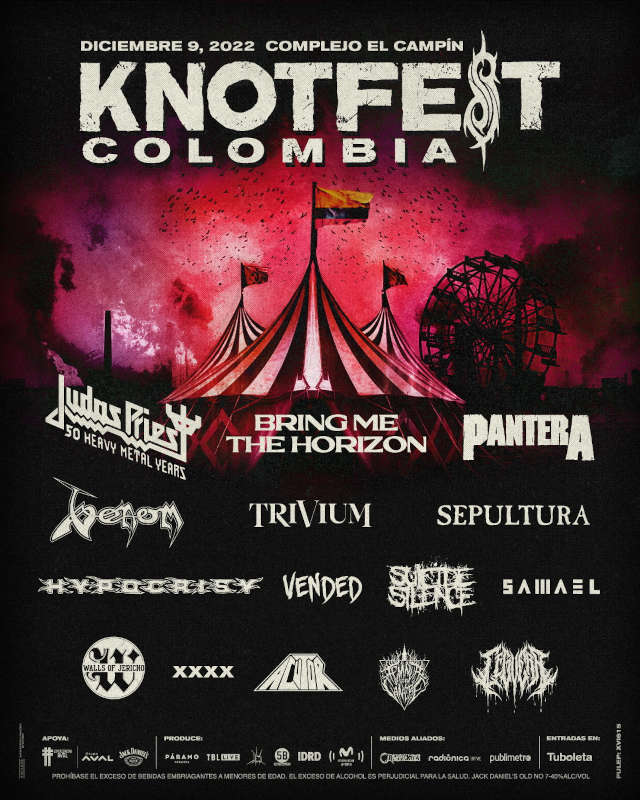 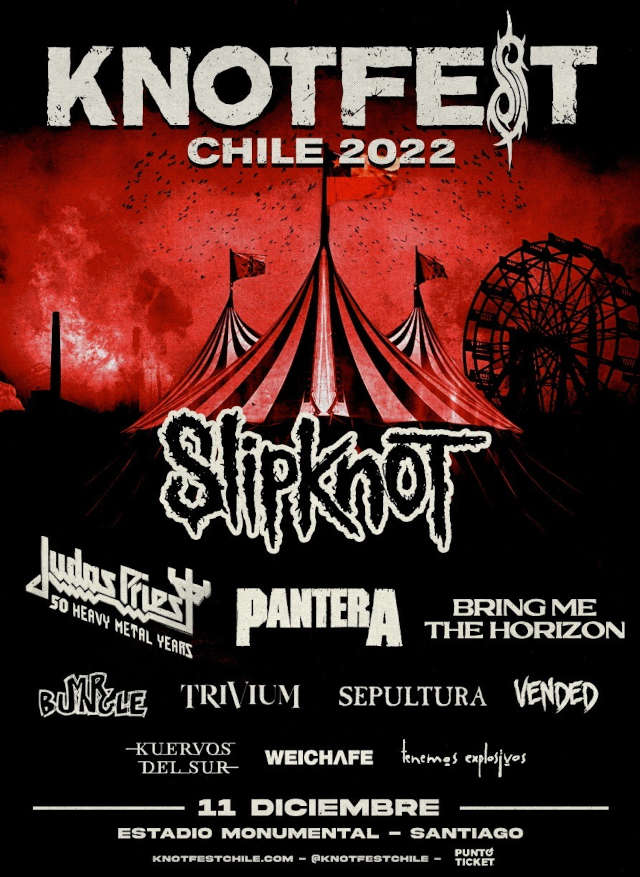 In more Slipknot news, these Iowa metal legends have unveiled a music video for their latest single, “Yen,” which is directed by the band’s own M. Shawn “Clown” Crahan. The track is taken from the group’s new album, The End, So Far, out September 30th via Roadrunner Records.