The music industry is one of the toughest business to make a living off, unless you are “lucky” enough to sell your soul to a major record label and tour with Justin Bieber. The metal industry is no different, and in fact can be worse because instead of not providing a profitable income, it can put you in a serious debt, like in the case of Australian band Ne Obliviscaris.

Ne Obliviscaris are almost done with their supporting role on Cradle of Filth’s North American tour, concluding their massive international tour across the world and while the fans were happy to have the Australians in their town, paid for merch and even crowdfunded their journey, the band reports that their venture still put them in financial problems.

After their successful, crowdfunding, the band is turning, once again, to their fans for their support and launched a patreon campaign so they can continue in their musical endeavors. The description reads as follows:

“The first time we ever made a profit on a tour was our 2014 Citadel Australian Launch tour. All up we made just over $20,000AUD. This was an incredible result for us at the time and it might sound like a lot…
Until you realise that since then we have done 3 major international tours lasting between 4 and 7 weeks each, and lost AT LEAST $20,000AUD on every single one of them.”

“We start every tour having to pay $10-15,000AUD in flights to some far-off part of the world (they all are pretty far off, to be honest…), plus Visa’s, Bus Deposits, Merchandise (T-Shirts, Hoodies, CD’s, Vinyl etc.) which can still cost many thousands of dollars despite getting them at wholesale price and more. As a result, we may start a tour with over $30,000 in debt, and then hope that we make enough money each day on the tour to start chipping away at this total so that we can afford to do another tour after that one.”

“To be more specific, on our Oct/Nov 2015 European Tour with Cradle of Filth our total gross income from Performance Fees and Merchandise Sales for the 33 shows combined was $46,789AUD.

Once again, that probably sounds like a lot until you realise that when you add up our international flights, bus hire for 6 1/2 weeks, petrol, tolls, UK Work Visa’s, UK wireless permits, Ferries, Merchandise, Booking Agent Fees, Sound Engineer, Backline Hire & more we had more than $67,433AUD in expenses.

Unlike the usual crowdfunding campaigns, Patreon is a platform that allows its beneficiaries, who are usually artists or content creators, to receive monthly funds from their supporters so they can dedicate more time and effort into their craft.

Check out the video explaining the idea below and if you wanna support, head over to their page here. 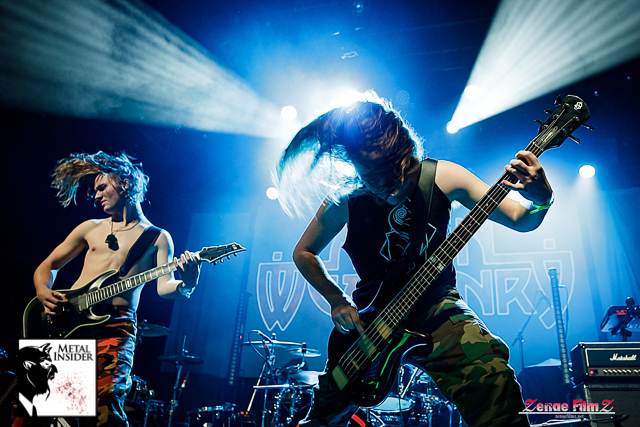